In the Submarine Electronics / Computer Field (SECF) of the United States Navy, qualified sailors are given the opportunity to train in and electronics repair, digital systems, electricity, electronics, computers, and fiber optics for practical use in our country’s nuclear submarine force.

Diligent maintenance and operation of what the Navy calls “Today’s High Technology” digital systems, computer, and advanced electronic equipment used in submarine, sonar, navigation, combat control, and communications are the bread and butter of the four SECF rates.

The SECF rates are:

Related Article – Pros and Cons Of Joining The Navy

The training and jobs themselves are both challenging and sometimes stressful.

Only mature young men and women willing to apply themselves and shoulder significant responsibility should apply.

Per the Navy’s Official SECF page:

“The Sailors in the Submarine Electronics Computer Field (SECF) work with a submarine’s sonar, weapons, communications and navigation systems.

The training is rigorous and the career opportunities are equally impressive.”

The active-duty obligation for SECF volunteers is 60 months (five years).

Applicants enlist only for four years but concurrently execute an agreement that extends their obligation for an additional year.

As stated earlier, the requirements to qualify for the Navy’s SECF program are high:

Submarine School is four weeks long and sailors are indoctrinated in basic submarine systems via group instruction and practical application.

All of the SECF Class “A” Technical and Specialty Pipeline Schools are mostly located in Groton, Connecticut. The Electronics Technician start out in Groton CT, but could finish school up in Bangor, Washington, or Kings Bay, Georgia.

However, the duration of training is dependent on the SECF rate:

It is here, through group instruction, equipment labs, and practical application that SECF candidates are trained in electronics, basic electricity, and general computer technical knowledge.

Additionally, they are prepared for and taught the skills in/for communications for deployment to a ballistic missile or fast attack submarine.

Let’s take a look at the specific duties of the SECF rates are and life is like on a day-to-day basis.

Electronics Technician – Communications (ETR) specialize in communication systems and are are assigned to multiple submarine classes.

ETRs are charged with repairing, tuning, calibrating, maintaining, and adjusting all electronic equipment used for communications onboard the submarine.

At sea, the Electronics Technician monitor and operate computer and computer-controlled systems.

These include printers, transceivers, receivers, and data storage devices.

On a day-to-day basis, the Electronics Technician – Communication (ETR) is charged with:

ETRs are automatically advanced to E-4 (PO3) after successful completion of initial school training and all advancement-in-rate requirements are completed.

The Sea/Shore rotation for an Electronics Technician – Communication (ETR) is:

The Navy COOL website reports that placement opportunities are good for the 1,100 ETRs serving in today’s Navy.

The Navy ETV is responsible for electronic equipment utilized for conducting and preparing for basic submarine piloting and navigation evolutions.

On a day-to-day basis, the Electronics Technician – Navigation (ETV):

ETVs are automatically advanced to E-4 (PO3) after successful completion of initial school training and all advancement-in-rate requirements are completed.

The Sea/Shore rotation for an Electronics Technician – Navigation (ETV) is:

The Navy COOL website reports that placement opportunities are good for the 1,100 ETVs serving in today’s Navy.

Fire Control Technicians (FT) are specialized in combat systems and deploy aboard multiple classes of submarines.

They are charged by the Navy with the responsibility of operating and maintaining advanced electronic equipment utilized in the submarine weapon systems, in regards to underwater weapons and guided-missile systems.

FTs are automatically advanced to E-4 (PO3) if they agree to extend their enlistment one additional year.

The Sea/Shore rotation for a Fire Control Technician (FT) is:

The Navy COOL website reports that placement opportunities are good for the 1,100 FTs serving in today’s Navy.

Sonar Technician Submarines (STS) are specialized in combat systems and deploy aboard multiple classes of submarines.

They are charged by the Navy with the responsibility of operating and maintaining advanced electronic equipment utilized in the submarine weapon systems, in regards to underwater weapons and guided-missile systems.

The Sea/Shore rotation for a Sonar Technician Submarine (STS) is:

The Navy COOL website reports that placement opportunities are good for the 1,100 STSs serving in today’s Navy.

How Much Are Navy SECF Sailors Paid?

Like the other Armed Services, the Navy bases a sailor’s pay on their rank and length of service.

Rates in the SECF program are often eligible for enlistment/re-enlistment bonuses dependant on the current needs of the Navy.

As stated earlier, life as an SECF Sailor is challenging and, at times, stressful.

There is much time spent at sea aboard the submarine and the hours are long.

One reviewer claimed an average of 120 hour work weeks, adding “I loved it.”

Sailors in the SECF rate will be required to obtain their Submarine Warfare Specialist Pin (SS).

After successful completion of the qualification card/book, the sailor must face a “Qual Board” comprised of a submarine-qualified officer, a chief petty officer and a petty officer who “drill” the member with questions concerning the different systems on the shift, often asking them to draw and/or explain these systems.

If the board deems the sailor worthy, they recommend the SS qualification to the Commanding Officer.

If the CO agrees with the board’s recommendation, the Sailor is presented their SS qualification and his service jacket updated to reflect such.

They are presented their Submarine Warfare Specialist Pin (SS), or “Dolphins” by the CO and allowed to wear on their uniform and use the SS after their rate (i.e., STS2(SS), or FT1(SS).

SS-qualified sailors are designated as “Qualified in Submarines” and are viewed with respect by their fellow sailors.

Related Article: 10 Best Jobs In The Navy For Civilian Life 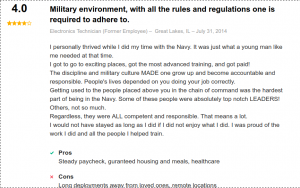 Civilian career opportunities abound for SECF Sailors and include such jobs as:

Sailors in the SCEF Program are encouraged to take full advantage of on-the-job training (OJT) opportunities, and educational opportunities offered and afforded them during their naval service.

If you are considering the US Navy, can meet the rigid qualifications, have the maturity required, feel confident in handling the training, long hours, and life aboard a submarine, a career in the Navy Submarine Electronics / Computer Field could just be for you.

What is SECF in the Navy?

What are the SECF jobs in the Navy?

How much is sub pay in the Navy?

Sub pay for enlisted Navy personnel is based on rank and time in service and can range from $75 per month to $425 per month.

How long is A School for Navy SECF rates?

A School for SECF technicians ranges according to complexity of the systems and can last as short as 23 weeks for Communications and Navigation techs up to 37 seeks for Sonar technicians.

How do you become an SECF tech in the Navy?

To qualify in SECF, you’ll need a combined ASVAB score of 222 for Arithmetic, Math, Electronics, and General Science or Verbal, Arithmetic, Math, and Mechanical Comprehension. You’ll need normal hearing and color perception and must be a U.S. citizen.