Technology brings so much ease in running the household in this day and age but modernity has its downside. Both parents usually work to support the family’s needs and they are left with two choices in dealing with kids: leave them with a relative or yaya.  With the latter option, it is tough enough to leave their dear offsprings to a total stranger but even harder to make sure Yaya is honest. How do parents detect a major fib? 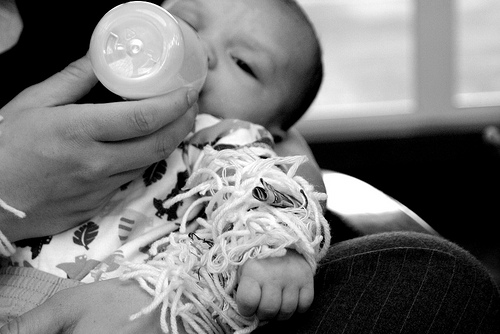 ARE THE KIDS EATING PROPERLY?  Responsible parents can almost ensure their children eat right by leaving healthy foods in the fridge and cupboard and instructing Yaya which to chow for meals and snacks. Question is, are they actually being fed? Children have different eating styles. Some easily take whatever is spoon-fed but the more independent ones flatly refuse and need more coaxing. Nannies are different characters, too. Some are very patient in feeding youngsters and some just give up easily.

A doctor-friend Doc Don was alarmed when he noticed his daughter getting thin. She was not exhibiting any signs of sickness and Yaya assured him the baby had a good appetite. The weight loss remained a puzzle until a neighbor tipped that Yaya had the habit of chatting away with the subdivision security guards. Since his wife could not take a leave of absence, he sacrificed a great chunk of his professional life to make sure his youngest recovered from malnourishment. He discovered that his little girl ate so little and hardly finished four ounces of formula milk. The tot was more than a year old and should be consuming at least 6 ounces per feeding. After confirming the neighbor’s report of the nanny’s neglect, he fired the negligent Yaya.

ARE THE KIDS SAFE AT HOME? Parents cannot help but be paranoid with all the news about children being kidnapped. It is one thing for a stranger to abduct a minor but it is scarier if Yaya exposes your child to this kind of danger.

Little Mickey is a usually messy eater and an active toddler so Mommy Mia got wary when her son’s clothes piled up in the hamper without much smudge and dust. Yaya happily reported how her charge is handling the spoon better now. Yaya even boasted about her extra care to keep Little Mickey from getting dirty. Mia was not convinced so she decided to spot-check. She usually sent text messages to Yaya to know how Little Mickey is doing. Once, she decided to make a random call. Voila! Mia caught the ambient sounds of cars speeding by from her cell phone. It turned out Yaya was a regular window shopper of the nearby town center mall tagging along Little Mickey. Yaya was given ample warning. Thankfully, she tried to stay indoors afterwards and just contented herself with the family’s weekend visits to the mall.

ARE THE KIDS WELL TAKEN CARE OF? Mark is a contractor and stays home most of the time unless there were client calls. He and his wife Lily just needed some assistance in caring for the kids so they hired a nanny on-call.

The children were old enough to tell their parents if there was something wrong so Mark and Lily were quite at ease when they were both away. But the clever yaya sneaked out during naptime to do her own laundry and chores at her place. The kids were totally unaware of her trips.

Yaya reasoned that she makes sure the kids were fed well and their needs were taken care of when they are awake so it is okay to steal some of her paid working hours for her own family’s needs.

Good thing, a concerned neighbor who runs a store sees yaya leave every afternoon and quietly return after a few hours. The old lady lectured yaya on the need to be around even as the kids doze off. It was her responsibility to keep guard. Yaya would not hear any of it so the kindly granny opted to tell Mark and Lily about it. The couple did not have second thoughts parting with the yaya and took an old relative to take over.

ARE THE KIDS HURT? Kathy and Gilbert had the scare of their lives when their 3-year old started running a fever and throwing up. Pushed to confess, Yaya admitted that her ward fell off the third step of the stairs the night before and hit her head on the cemented landing. The husband-and-wife lost no time in rushing their unica hija to the hospital. Much to their relief, the cause of their little girl’s vomits was not brain damage. She over-ate popcorn. It was too much for her tiny tummy to process.

Janine just gave birth to their second baby when her husband Rudy got an alarming call from his sister-in-law. It turned out their toddler was in her walker when Yaya rushed outside to get the laundry as it started to rain. She made sure the door was shut but the baby somehow managed to pry it open and tumbled on to the front lawn head first. The in-laws live in the nearby house and rushed to the rescue when they heard their niece’s painful cries. Her face was full of scratches after landing on the gravel walkway. Although scared, Yaya spewed out the whole story and profusely apologized. Janine warned Rudy beforehand not to lose his temper despite the unnerving incident.  She knew how dependable Yaya was and it could have been equally unsettling for her. Upon the doctor’s advice, the tiny tyke was observed for symptoms of a head injury. Thankfully, she did not vomit, run a fever or become weak and was active as ever.

ARE THE KIDS “OVER-DISCIPLINED”? There are numerous horror stories of caregivers getting too physical when kids get rowdy. It is easier if the kids are a bit older since they could always tell Mommy and Daddy if Yaya is abusing her authority but newborns and toddlers are totally helpless. Parents have no choice but to be vigilant of telltale signs like unexplained bruises or scratches and the child’s sudden loss of appetite, inactiveness or changes in behavior.

LESSEN THE LIES. Three common denominators arise from the cases cited to promote honesty among nannies. (1) Be good to your neighbors and their genuine concern will naturally crop up especially in looking after your children. (2) Be observant of your kids’ well-being. There are always detectable physical traces of abuse. (3) Fear of being scolded or fired are major reasons for a cover-up. Learn to deal with them gently in small faults to encourage nannies to tell the truth when it really matters.