As a child, ghost stories terrified me, often fearful that a ghostly white apparition would suddenly spring forth as the story unfolded. That all changed when a series of deaths in the family hit us. Signs that our loved ones are just around the corner brings so much comfort to me and perhaps the newly bereaved. Sure skeptics will say it’s a figment of your imagination. But whether it is an imagination or not, it’s comforting because of that distinct feeling that our loved one is just nearby, even though he or she can’t be seen or heard. With so many deaths in my family, I have had my share in after-death communication. According to Bill Guggenheim & Judy Guggenheim, an After-Death Communication (ADC) is a spiritual experience which occurs when you are contacted directly and spontaneously by a deceased family member or friend, without the use of psychics, mediums, rituals, or devices. ADCs offer dramatic new evidence of life after death.

Let me illustrate a few of these ADCs I’ve encountered with the deaths in my family:

Smelling A Fragrance: You may smell your relative’s or friend’s favorite cologne, after-shave lotion, or perfume. Other common aromas are: flowers (especially roses), bath powders, tobacco products, favorite foods, and his or her personal scent.

The first death in the family was mom. A week later after mom was buried, I was with Gigi, my roommate inside our dorm room. As we talked in bed, I suddenly smelt a waft of a candle burning mixed with roses. Not about to scare Gigi, I didn’t say anything. But she jumped beside me I can smell candles burning and roses. So I didn’t imagine that. I just smiled at her and said Mom is here much to her horror.

Another friend I talked to related to me how he smelled Kentucky fried Chicken in his bedroom. It was the favorite food of his parents who passed away a few months ago. Is it the sensory nerve cells attached to the memory part of our brain that is playing tricks on him? I don’t know but let me tell you, these “smells” are very comforting.

Symbolic ADCs: People frequently ask a Higher Power, the universe, or their deceased loved one for a sign that he or she still exists. Many receive such a sign, though it may take some time to arrive. Occasionally these signs are so subtle they may be missed, or they may be discounted as mere “coincidences.” Common signs include: butterflies, rainbows, many species of birds and animals, flowers, and a variety of inanimate objects such as coins and pictures.

A month after Luijoe’s death, my husband and I sat on the grass by his resting place at the cemetery. As I placed the flowers on the headstone and with tears rolling down my cheeks, I asked Luijoe, Give me a sign that you’re okay. With a heavy heart, we left for the expressway. Just before our car entered the toll entrance, I saw a commuter bus with words on the side “Guardian Angel”. That made me smile but I still thought it was all a coincidence. Then we drove on till we reached the toll exit gates. That’s when my husband called my attention. “See that bus!. It has the word “footprints” written on the side. (Footprints was one of Luijoe’s favorite prayer before he died). Finally, I told my husband that I was praying for a sign that Luijoe was doing fine out there and that we had nothing to worry about.

Agnes Prieto whom I’ve worked with in a similar grief advocacy wrote how Love bridges divide between living and dead on stories about similar symbolic ADCs. Agnes herself has been widowed twice and lost a son. Imagine finding an unopened letter from him to her saying that The only thing he could be sure of, he said, was his love that would endure despite death.

Physical Phenomena: People who are bereaved often report receiving a wide variety of physical signs from their deceased relative or friend, such as: lights or lamps blinking on and off; lights, radios, televisions, stereos, and mechanical objects being turned on; photographs, pictures, and various other items being turned over or moved; and a long list of “things that go bump in the night.”

Ooh the cynics would scoff and say it’s a bunch of BS and try to offer a scientific explanation. Lauren wrote about this in May 2000.

And then my sister told me that she was watching TV in the den when the grandfather clock in the living room started to go ding-ding-ding. She was alone in the house that time and was very scared when that happened because the grandfather clock hasn’t been working for years. So now I’m thinking, how come I’m the only one who hasn’t experienced my dead brother’s presence? Okay, the lights flickered once when I was using the computer , but still. I didn’t feel cold or any of that stuff when a spirit is around. Well, as long as my brother doesn’t send me ghostly images or throws my things around, I’m perfectly fine with him playing with the lights or whatever.”

But see, all of these ADCs occurred right after the death of our loved one. They gradually disappear as the years pass. The only scientific explanation I can conjure is that our grieving thoughts can trick our brain to see or feel these ADCs. But for those who have never felt the pain of losing a loved one, these ADCs may seem trivial or incredulous. Others find it difficult to reconcile after-death communications with their philosophical or religious beliefs.

I believe that the purpose of these ADCs is to offer comfort, reassurance, and hope to newly bereaved. Their most frequent messages, expressed verbally or non-verbally, include:

I have more ADC experiences which can be spine-tingling ghost stories to some of you. But to me, they have expanded my understanding of life and offered a deeper awareness of life after death. My loved ones consistently communicate an essential spiritual message to me that “Love never dies”.

Those “Hello from Heaven” messages remind me that eternal life is in heaven. It takes faith to believe there is a heaven and that God is good. I often remember my son’s innocent statement a few days before he died that “when I die, I will be alive again!!“.

Have you experienced any after-death communication? 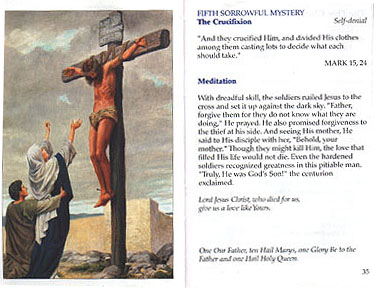 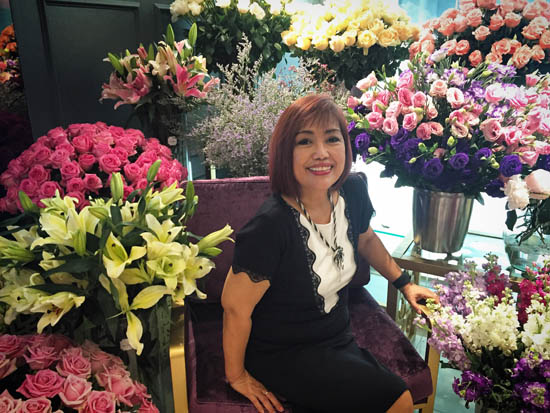