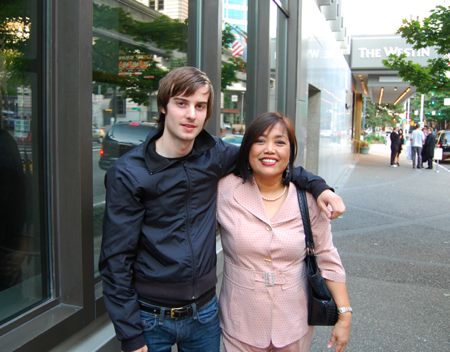 Meet Casey, one of the first generation net kids. If you have read my daughter’s blog (then online journal) when it started in 1996, then you might have met Casey in a few of her entries. Casey is not his real name. I first met Casey and a few of my daughter’s online friends in 1996 because I was an internet safety head of World Kids Network. Back when modems were cranking screeching noises and webpages screaming with blinking fonts, I was a Web 1.0 designer where I built hand-coded HTML pages as the structure to house the content of our websites. I didn’t have an online journal. I thought it was for kids. Lauren and Casey were one of the few kids that started an online journal in 1996.

Web-based blogging tools only emerged in 1998 and went mainstream with the launch of Blogger.com in 1999. Despite the lack of content management systems in those days, I taught these kids the file-transfer protocol and a few HTML tricks to build their online journal or kids’ clubs.

Knowing Casey moved to Seattle, I emailed him if he’d want to meet up. The last time we met was in 1999 when the girls were on a choir tour in the US.

Curiosity got the best of me especially on how the internet shaped their lives for the better. On the other hand, my daughter thought it’d be weird to meet up with someone after so many years. Just the same, I tried my luck and left my cellphone number.

A few minutes later, Casey gave me a ring and was excited to meet me on a saturday. (Lauren insisted that we have a photo together which explains the photo above.) I was in for a pleasant surprise as his story started to unfold, which is mine to keep, of course. This handsome young man is going places. I asked him how the internet helped shaped the person he is today. The researcher in me seeks to investigate how the internet contributed to our kid’s intellectual growth and social interaction skills the past 12 years. Nagging fears on the ill effects of the internet was a big issue during those early days as Casey and I continued our chit chat. Studies like ““Is the Internet Affecting the Social Skills of Our Children?” often haunted parents like me.

According to Casey, his global thinking would not have been possible if he just kept his friendships within the confines of his school or city. Next year, he plans to visit a South American country and teach some children to blog. Casey is just one fine example of a kid that grew up with the internet as part of his life.

Even the exposure that I gave my children to the internet were met with criticisms from my extended family in the nineties. Blogging was met with disdain too. And recently, being accused as the ghost writer of my daughter? And being a mother to independent-minded children? Who are these people to judge my parenting style anyway and how my children turned out to be?

I believe my kids have the advantage of being exposed to global thinking , varied ethnicities , cultures and religion which they might not have learned in the classroom. At the same time that our kids must think locally, in terms of what is dear and close to us, they will also act in ways that have a global impact.

Reuniting with kids like Casey affirms my instinct that we are on the right track.

With that, I’d like to greet all ye bloggers a Happy Birthday. Congratulations, you have rewritten the rules.

Join Online Contests in my Shopping and Food Blogs

1. Win a Jansport, Hedgren or Timbuktu bag from Bratpack

2. Get a Chance to Party in Red Box for Free