The fine art of arguing with my dear husband.

I am so proud of my husband. Not only is he the breadwinner, he’s also the cook during weekends. I’m lazy like that. But what I’m really proud off are the positive changes in him since we gave each other a second wind in our marriage. In the past, he’d find excuses to entertain clients in fine dining places or anywhere else but home.

Look at him now! A cook.

My stubborn nature often blamed my husband for the marital discord. A rock must have hit my head one day when I realized I, too, am part of the equation in the marriage. One of the many things I corrected was the way I’d argue with my husband. See, my husband rants a lot when he is frustrated and is quite short-tempered as a result. Oftentimes, I end up getting riled up when he is in that brooding mood. After 35 years of togetherness, I finally perfected the fine art of arguing with my dear husband. Here are my strategies :

1. Using powerful words such as ““Yes, dear I see exactly where you’re coming from. You meanÃ¢â‚¬Â¦Ã¢â‚¬Â¦.”
This statement makes it clear enough that I heard my husband. That’s all he really wantsÃ¢â‚¬â€ to be validated. By agreeing with him, I gradually simmer down his anger.

2. Stay calm.
My husband has this awful habit of calling me up via cellphone when he is caught in traffic. All he does is huff and huff about the awful traffic jam. He doesn’t know this but I don’t place the earpiece on my ear. I place my ear every so often on the earpiece to see if he is done with his rant. In effect, I let the storm run its course. I can tell when he is done when I don’t hear his barking voice. I then say “Turn on the music and zone off”. Works like a charm.

3. Just let him babble on and on
Sooner or later, my husband will soon grow tired of his own voice. Sometimes that’s all he wants To be heard. To feel appreciated. In the meantime, as this is all happening, I …

4. Use the Power of Visualization
It’s hard to be the brunt of the rants. What I do is zone off and imagine him as my loving husband who is just venting out and when all the steam has been released, he will soon hug me and say “thanks for listening”.

5. Avoid “You should or you should not…”
At the heat of any argument, I don’t butt in and say “You shouldn’t feel that way” or “You should be calm”. When I am disappointed or impatient with his attitude, I just say “I feel sad that you are feeling that way”. By owning my feelings, I am not accusing him or making him responsible for my of sadness. Even if he seeks advice, I still say “I feel this is the right approach…” . I never say ““you’re wrong.” I often try hard to look for areas of agreement and work on them.

In short, avoid the “you…” sentence.

6. When I’m wrong, I admit it.
I make mistakes now and then, so I say ““You’re absolutely right, dear, I know it’s my fault and here is what I’ll do to make amends.” Even if I am NOT wrong, at least I give him the benefit of the doubt, ““I may be wrong, let’s examine all the facts together.” It’s hard to argue with that. 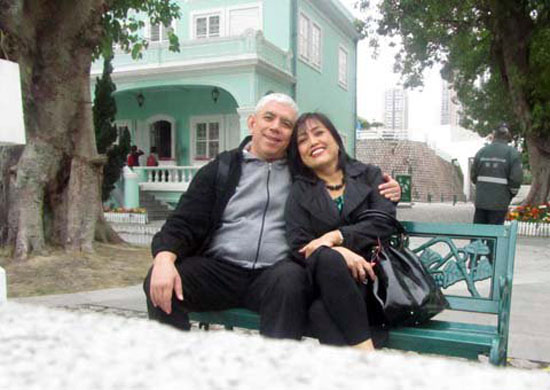 If I had known earlier in life that my pride needed to take a backseat, then I would have saved a lot of heartache and energies. It’s not about winning an argument. It’s about peaceful co-existence without creating more conflict.

What other strategies have you used to resolve conflicts?