Gut-wrenching, heartfelt statements from the family of Robin Williams 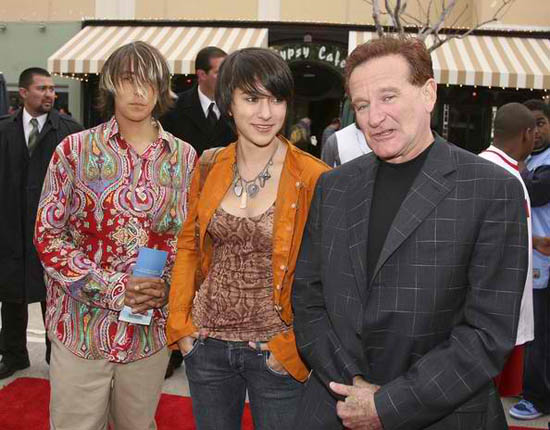 A death in the family is always so heartbreaking. Losing my only son, two brothers and both my parents took me to a roller coaster ride of grief and recovery. Love never goes away when  I found myself grieving  over the loss of my loved ones . It is not often I get affected over a death of a celebrity. When I read on  my twitter feed about the death of Robin Williams,  I was in shock, denial and numb. This funny guy brought so much laughter going as far back as my college days when Mork and Mindy first came out on Television in 1978. So much joy and happiness has been  shared with my children when we watched “Hook”, “Aladdin” and even “Mrs. Doubtfire”. I can only remember Robin Williams as funny man . Though I am aware of depression and suicide, I would never truly understand how Robin Williams experienced depression or what happened in his “life to drive him to suicide, or if there was any way it could have been prevented.” All I know is “when a person experiences the ultimate tragic end to any illness, let it be a lesson as to how little we know rather than how much.” All I can do is share my Suicide prevention page because suicide prevention is everybody’s business. Educate our community that suicide is a preventable public health problem in the Philippines. Suicide should no longer be considered a taboo topic, and that through raising awareness and educating the public, we can SAVE lives.

Robin Williams lives on in his movies and in our memories of feeling good after watching these movies. His family feels the same too.

Let me share the touching statements from Robin Williams’ family members via eonline.com

Zak, Cody and Zelda Williams have all released statements just hours after the Oscar winner’s official cause of death was released by the local police department.

Williams’ second wife, Marsha Garces Williams, also broke her silence with a gut-wrenching, heartfelt statement of her own.

Zak: “Yesterday, I lost my father and a best friend and the world got a little grayer. I will carry his heart with me every day. I would ask those that loved him to remember him by being as gentle, kind, and generous as he would be. Seek to bring joy to the world as he sought.”

Cody: “There are no words strong enough to describe the love and respect I have for my father. The world will never be the same without him. I will miss him and take him with me everywhere I go for the rest of my life, and will look forward, forever, to the moment when I get to see him again.”

Zelda: “My family has always been private about our time spent together. It was our way of keeping one thing that was ours, with a man we shared with an entire world. But now that’s gone, and I feel stripped bare. My last day with him was his birthday, and I will be forever grateful that my brothers and I got to spend that time alone with him, sharing gifts and laughter. He was always warm, even in his darkest moments. While I’ll never, ever understand how he could be loved so deeply and not find it in his heart to stay, there’s minor comfort in knowing our grief and loss, in some small way, is shared with millions. It doesn’t help the pain, but at least it’s a burden countless others now know we carry, and so many have offered to help lighten the load. Thank you for that.

“To those he touched who are sending kind words, know that one of his favorite things in the world was to make you all laugh. As for those who are sending negativity, know that some small, giggling part of him is sending a flock of pigeons to your house to poop on your car. Right after you’ve had it washed. After all, he loved to laugh too…

“Dad was, is and always will be one of the kindest, most generous, gentlest souls I’ve ever known, and while there are few things I know for certain right now, one of them is that not just my world, but the entire world is forever a little darker, less colorful and less full of laughter in his absence. We’ll just have to work twice as hard to fill it back up again.”

She also tweeted to fans, thanking them for making donations in honor of her beloved father.

“Thank you to all those donating to @StJude in memory of my father. I’m overwhelmed. The charity meant the world to him, as it does to me,” the 25-year-old actress wrote. “Knowing that so many children will be helped in his honor is all I could’ve asked for. Thank you, from the bottom of my heart. Thank you.”

Marsha: “My heart is split wide open and scattered over the planet with all of you. Please remember the gentle, loving, generous – and yes, brilliant and funny – man that was Robin Williams. My arms are wrapped around our children as we attempt to grapple with celebrating the man we love, while dealing with this immeasurable loss.”

If you need help, here is my Suicide prevention page