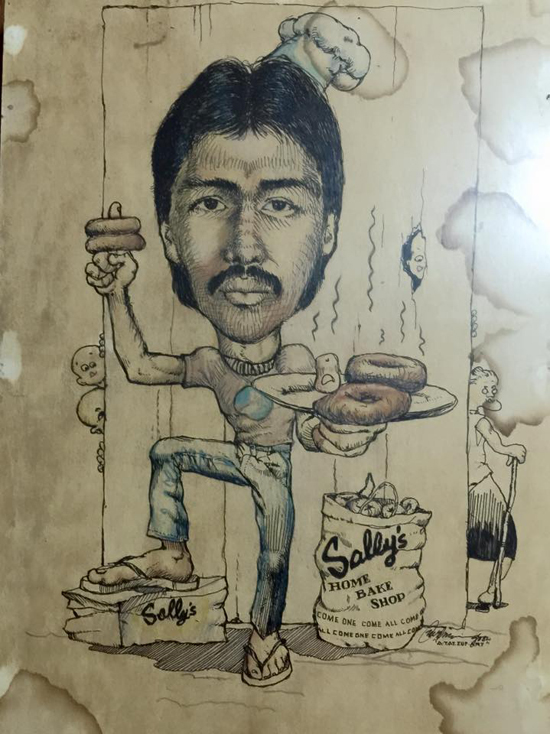 April 3 is the 16th death anniversary of my younger brother, Oscar. He died from a failed stem cell transplant. He was only 40 years old. Oscar was diagnosed with Acute myeloid leukemia (AML-M4) on September 1, 1996. Getting sick of leukemia is a logistical nightmare especially if one is looking for blood type AB donors.

Our family worked diligently to support Oscar in his search for a cure, spanning hours and hours of research and inquiries through the internet and electronic mail. Research revealed that Oscar needed a stem cell transplant upon remission but unfortunately, he relapsed before we found a hospital within our budget. Cost of stem cell transplant ranged from 7 to 20 million pesos in 1998. The cheapest transplant was in Israel. To raise funds for his transplant, we put one of our properties for sale.

Fortunately, Oscar was eligible to participate in a Clinical trial at the National Heart, Lung, and Blood Institute (NHLBI) in Bethesda, Maryland. My sister’s friend who worked in that institute informed us of the clinical trial which was already in Phase 3. This phase is the second to the last step prior to making it a protocol among doctors. The stem cell transplant , medicines and hospitalization were free. Luck was also on our side because my sibling-doctor was an exact tissue match. The hospital required us to raise money for his board and lodging outside the hospital. Total budget for the 6 month stay was estimated to reach only 600 thousand pesos. Everything seemed perfect.

Oscar made the brave choice to undergo a stem cell transplant, knowing that there was a 50-50 chance he would survive, and that he had to take that risk. (View videotape of his reflections after the transplant )

The stem cells never had a chance to grow because of sepsis. After 6 months in NHLBI, the doctors sadly announced that he had to return to the Philippines. I guess the doctors decided they couldn’t do anything for him so they sent him home. Oscar, thin and black from the radiation treatment arrived on March 29, 1999. I held his frail hand and prayed quietly that God deliver him from his pain.

He smiled at me ” At least, we did not have to spend our inheritance to pay for my treatment”

We talked until he was tired. Knowing his days were numbered, I slept beside him that night .

Oscar held on to the hope that there was a chance to recover . Inspite of his optimism, he prepared for his death. He videotaped instructions for his two sons on how to run his lechon business, deposited college funds , dictated his last will and testament and discussed other matters.

On April 3, 1999, Oscar suffered a brain hemorrhage and died a few hours later.

When a sibling dies, all future special occasions will be forever changed. There will be no more shared birthday celebrations, anniversaries, or holidays. There will be no telephone calls telling of the milestones of a nephew or niece. The sharing of life’s unique and special events will never again take place.

In tribute to the memory of my brother, I created a memorial site which includes midi files of his compositions and some photos and legacies. I can just hear him playing his award-winning musical piece, Pangarap ng Musmos which is now a church song. Oscar is having a blast playing the piano with my son, my mom, dad and Ruben, another brother in heaven.