“If today were the last day of my life, would I want to do what I am about to do today?” – Steve Jobs

Steve Jobs leaves an estimated $8.3 billion, which he thought nothing of. “Being the richest man in the cemetery doesn’t matter to me Ã¢â‚¬Â¦ Going to bed at night saying we’ve done something wonderful Ã¢â‚¬Â¦ that’s what matters to me.” 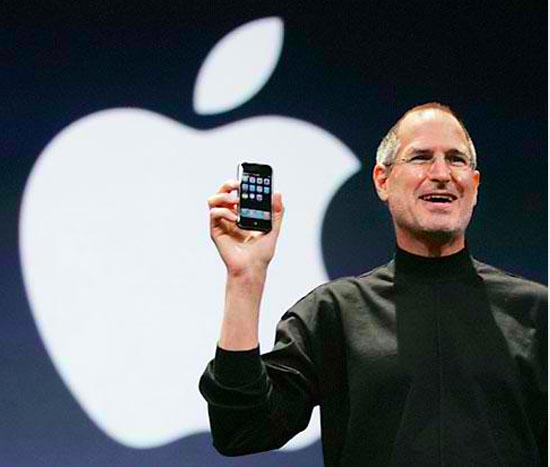 Steve Jobs who is only 2 years older than me “died peacefully today surrounded by his family ” His family said “Ã¢â‚¬Â¦ We know many of you will mourn with us, and we ask that you respect our privacy during our time of grief”.

Dan Frakes says it so well “Part of Jobs’s genius was in showing people what they could *do* with technology. That’s what most people actually care about, not specs.” Let me share how his technology has been so much a part of my life.

I remember him so well in the early 80’s. Their story on launching the first Apple PC from his parents’ garage with longtime friend Steve Wozniak in 1976 was just amazing. Apple clones soon came around with the success of their PC.

Yes , I was one of those that owned an Apple II clone in 1985. My father who suffered a stroke in late 1985 was unable to comprehend oral communication but he could understand if written down. I forgot the software or game that I had but I used it to re-train him to recognize words. Speech therapy then was only done in UP-PGH. Dad soon re-learned some of the words though he was never able to regain his normal brain functions in oral communication.

I will probably remember him more for the Apple gadgets that I have owned since I became a blogger in 2006: the white macbook in 2006, the black macbook in 2007, the macbook air just two months ago . Then there is the IPhone where I get a new model every year now just waiting for the iPhone 4s to be released. The iPhone has been such a great companion for citizen media when I do livestreaming. In fact when Blog Watch interviewed presidential candidate Noynoy Aquino, I used the livestream app from my iphone when our main live stream failed. 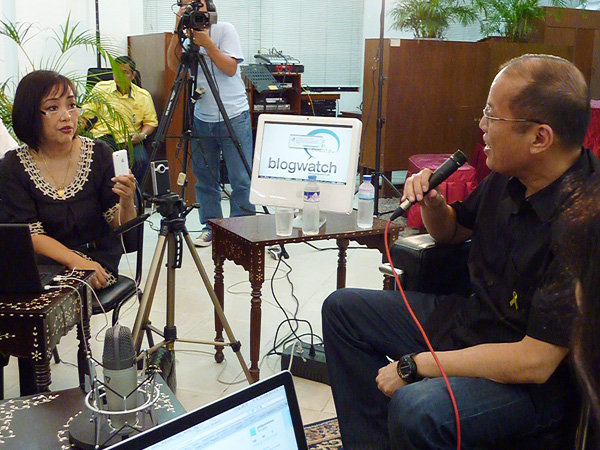 Then the iPad as a birthday present to my husband because I could not stand the stacks of books he keeps buying all the time. I thought the iPad can be a space saver. Alas, it has not been so but the iPad serves quite well for ebook versions of newspapers. It surely cut down on piles of newspapers stashed in the bodega.

Now how could I ever forget the iPod?

I recall my teenaged kids just begging to have one of those nifty gadgets in early 2000. I really found them expensive but I managed to buy it for music sake. The success of iPod, revolutionized the music industry eventually leading to a collapse in CD sales and making Steve Jobs one of the most powerful voices in an industry he loved.

Now I have my own iPod in my iPhone. It is always a part of my driving routine. How can I ever deal with the traffic without my favorite seventies music lifting my spirits up?

Steve Jobs, you are just there with me probably in every person who have used your gadgets.

More than anything else, we can learn a lot about Steve Jobs especially on his views about death.

When I was 17, I read a quote that went something like: “If you live each day as if it was your last, someday you’ll most certainly be right.” It made an impression on me, and since then, for the past 33 years, I have looked in the mirror every morning and asked myself: “If today were the last day of my life, would I want to do what I am about to do today?” And whenever the answer has been “No” for too many days in a row, I know I need to change something.

Remembering that I’ll be dead soon is the most important tool I’ve ever encountered to help me make the big choices in life. Because almost everything Ã¢â‚¬â€ all external expectations, all pride, all fear of embarrassment or failure – these things just fall away in the face of death, leaving only what is truly important. Remembering that you are going to die is the best way I know to avoid the trap of thinking you have something to lose. You are already naked. There is no reason not to follow your heart.

He continues to share more about living each day as if it is your last day:

No one wants to die. Even people who want to go to heaven don’t want to die to get there. And yet death is the destination we all share. No one has ever escaped it. And that is as it should be, because Death is very likely the single best invention of Life. It is Life’s change agent. It clears out the old to make way for the new. Right now the new is you, but someday not too long from now, you will gradually become the old and be cleared away. Sorry to be so dramatic, but it is quite true.

Your time is limited, so don’t waste it living someone else’s life. Don’t be trapped by dogma Ã¢â‚¬â€ which is living with the results of other people’s thinking. Don’t let the noise of others’ opinions drown out your own inner voice. And most important, have the courage to follow your heart and intuition. They somehow already know what you truly want to become. Everything else is secondary.

I think we should all stop to think as he often did :

“If today were the last day of my life, would I want to do what I am about to do today?”