Trustworthy, with a strong sense of timekeeping and responsibility at work 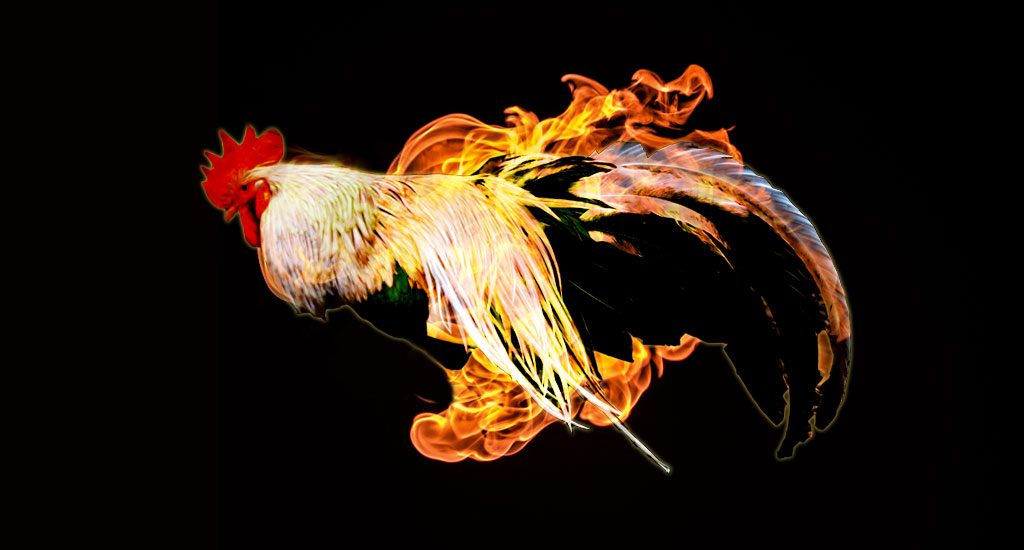 Image via bjjheroes.com. Some rights reserved.

Let me list down the Fire Rooster characteristics that I think are so ME and those that are NOT me . This site says

So far so good. I think I am a leader in some ways and other times, I just want to be a follower.

Roosters are quick witted and have a great sense of humor, although it can be rather sharp and brutal at times.

I sometimes think I am funny but yes, I can be brutal and sharp especially when I was a mother to my young children.  The Fire Rooster personality further adds that “Friends of Rooster people have to get used to the fact that they do not hold back on anything, and that their brand of honesty can be unsettling. ” Yes, I tend to be tactless but I have learned to be more gentle. with my words.

I can afford to be offensive on social media when I deliver commentary on corrupt people or criticize the government. I know  such commentaries are offensive but the truth has to be told. They say “Roosters expect everyone to have the same blunt nature and become quite frustrated if you waste their time by talking around a subject (in order to avoid hurt feelings) when it would be faster to just say thing straight out. ” Yes, I hate beating around in circles. Go straight to the point please.

Most Roosters are meticulous people who never miss an appointment. Not only that, but they are never late!

Yes, this is so true . I hate being late so I tend to arrive early for an appointment. I also don’t  like it if people are habitually late. I agree that “To a Rooster, the deadliest insult is when you do not keep an appointment, so write down meetings with Roosters in red ink! ”

This part is not true for me about Roosters having  tremendous amount of mental and physical energy, and that they never sit still. I can sit still for hours when it comes to writing or engaging in social media.  The part on “Nor do they ever stop multi-tasking” is true though but I learned to take breaks by walking 10,000 steps a day.

While most Roosters prefer to work alone (believing no one can match their level of perfection or diligence) Fire Rooster make great team leaders.

This is so true. I  learned to be a team leader in my early twenties when I had to deal with projects. I don’t really know what my team members think of me because for me, a team’s

Image via crystalwind.ca. Some rights reserved.

success lies in bringing the deliverables.  The Fire Rooster personality adds that “they inspire others through their organization and work ethic, and use their sharp eye to discover what will most bring people together”.  I hope I did or I hope I continue to do so.

Of all the Roosters, the Fire Rooster is the most concerned about his appearance.

I admit I am vain but I think I got that from my mother. I tend to look at the mirror all the time to check on my hair, makeup and clothes.  They say the Fire Roosters will spend as much time as necessary to look their absolute best at all times. I only do so when I go out but at home, I just wear my house clothes and not bother with how I look.  My husband thinks I am too vain. I tell him, I like to look good in photos.  Perhaps this personality is true : “Friends and coworkers often feel that the Fire Rooster is too vain. He or she is preoccupied with clothing, accessories, and the perfect hair style. ”

Roosters always seem to have a notebook or scraps of paper with them, they are constantly writing notes and reminders.

Based on this fengshuiweb.co.uk , I found this characteristic so true but I use digital paper or One Note to take down notes or do checklists.

The Chinese sign of the Fire Rooster is also a bit bossy.

I definitely think I am bossy. Even my husband says so. The Fire Rooster Personality has an explanation : “Since Fire Roosters are very smart and talented, they assume that their way is always the best way, and that everyone else should follow their way exactly. Of course, Fire Roosters have the usual Rooster honesty, which means they have no problem telling people exactly what they are doing wrong and why they should be doing it the Fire Rooster way. If they are not careful, this can lose them friends. “

I often wonder what my high school classmates think. Most of us were born in 1957. Come to think of it, we all tend to be bossy during our reunions. In this situation, I just wither in the background so things can move smoothly.

I am certainly look forward to 2017.  I didn’t know it would be my year until I saw the Chinese Rooster images in the markets here in Singapore. Most of all, I didn’t know I am a Fire Rooster. There is much to be hopeful for, and the crowing of the rooster will soon be heard as the Chinese Lunar New Year’s Day takes place on January 28, 2017.