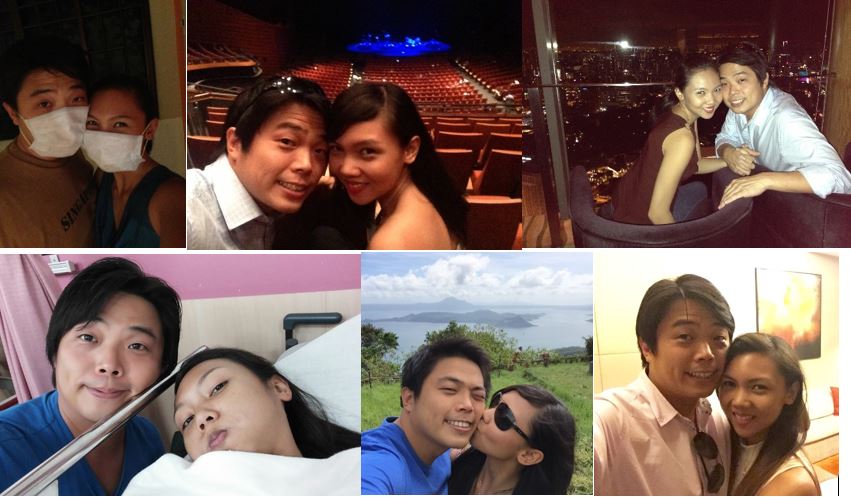 I was born and raised in the Philippines (PH), and growing up I was blessed enough to have travelled to a couple of countries with my family. In 2010, however, I was granted a very rare opportunity to do my internship overseas with a multi-national giant. Hence, in October 2010, I took my first solo flight out of the country and went to Singapore (SG) for my 7-month internship. 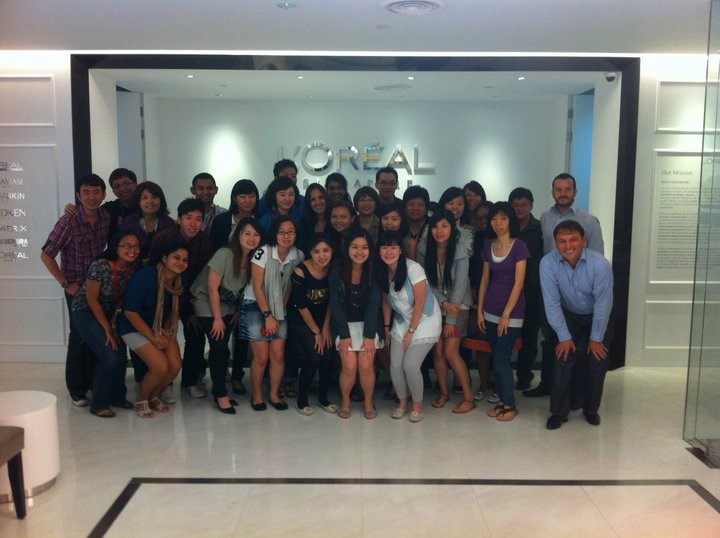 My colleagues were so sweet during my last day – they threw me a surprise farewell!

Prior to that flight, I had never been to SG and I had no idea what it was like. Everything about the country was new to me. I must say, most people love the food and shopping there, but what struck me the most was the efficiency of EVERYTHING. For one, you only need ONE card to function as your ATM, debit card, and transport card. Also, almost everything can be done online. How awesome is that? It was so easy and convenient to settle in, even for an 19-year-old like me. It goes without saying I enjoyed my time in SG – it taught me a lot about life, work, and everything in between.

When I returned to the Philippines in mid 2011, I had 2 more years to finish my Engineering degree. During that time, the Philippine subsidiary of the MNC I worked in took me in as a part-time intern for over a year. When I finally finished my degree in 2013, I was fortunate enough as the SG subsidiary welcomed me back. Yay!

At this point, I already knew what I needed to settle in SG, so I gave myself a week prior to start of work to get my affairs in order (a.k.a. find a place to stay at). The same day I landed, I started getting in touch with numerous property agents, and by my 2nd day there I was already doing viewings. One agent in particular asked me out right after our viewing, and even the days after that. I had a lot of time on my hands, so I thought, why not? 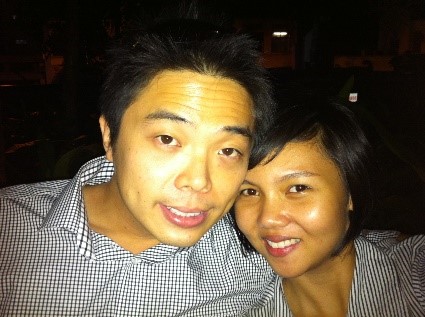 My agent-turned-boyfriend. Boy, did we move fast.

Little did I know, 4 days later we’d be a thing. I remember telling my friends something like “Guys, I’m not quite sure what happened – I think I just got into a relationship.”

“Girl we’re not even done mourning you leaving us yet!”

Well, we’ve been together since ???? We were able to explore SG, and even went on a couple of trips to Manila. During those trips, I remember him saying he’d love to move there someday, which frankly I won’t mind at all. After all, PH is home <3

Our ASEAN adventures (clockwise from top-left): (1) Whenever SG had haze, we had to go out for dinner wearing these masks, (2) watched our first concert together – my all-time favorite Jason Mraz, (3) surprise countdown to midnight for my birthday, (4) sneaky wefie after getting rushed to the ER for fainting in the middle of the street, (5) day trip to Taal Volcano on one of our Manila trips, (6) BKK: that time the Filipina flew in from SG and the Singaporean flew in from PH.

In early 2016, he moved to Cambodia (KH) to pursue business. Video calls and messaging became our regular thing, but we decided we’d meet halfway in Bangkok (BKK) whenever we could. I must have taken at least 5 flights to Bangkok within the first half of that year! Towards Q3 though, he needed me to help out in his ventures, and we decided it would be better not to have to take flights to see each other. Hence, towards the end of 2016, I embraced the concept of YOLO, left my corporate job, and moved to BKK!

I’ve been here since then, out of the corporate world (my boyfriend’s my boss now ????) and learning Thai language full time. We’re celebrating our 4th anniversary soon, and we have yet to decide which ASEAN country to settle in. For the record, I’m a Filipina who loves SG, and he’s a Singaporean who loves PH. We both like BKK though, so we juuust might stay here. Who knows?