Explore the charm of the islands #MyMarianasPH #Blogapalooza 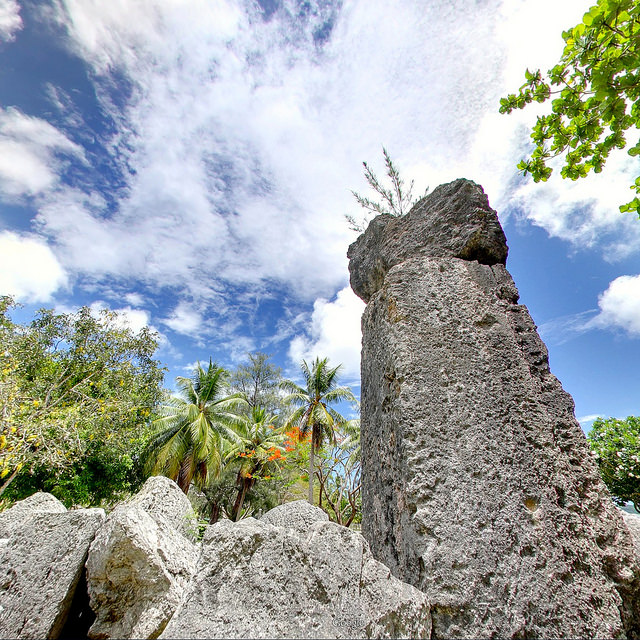 I love to travel and explore places that I have never been to. I want to get wonderfully lost in the Northern Mariana Islands which has three principal islands : Saipan , Tinian , and Rota. 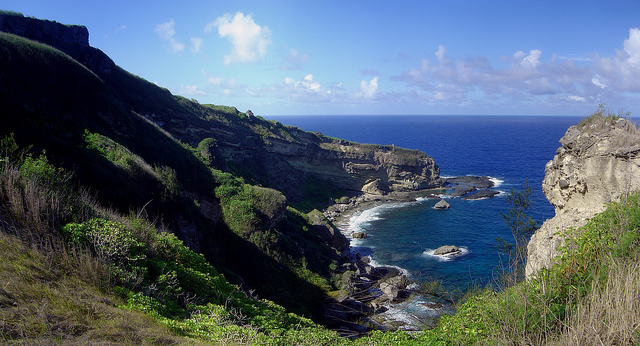 Yes, I want to  “Explore the Charm of the Islands” with my sister and two good friends. 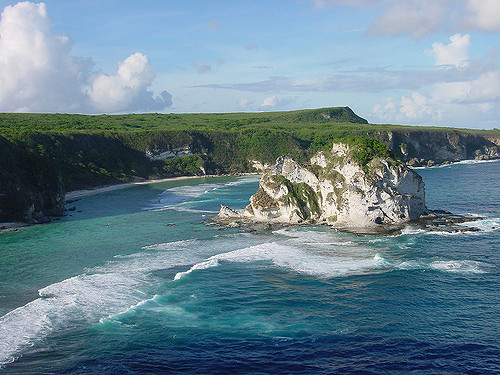 The tropical climate is similar to my beloved country but there is something to do in the Northern Mariana Islands that I want to strike out on my bucket list .Actually I have two things in my bucket list that I will meet when I visit the Marianas.  And what is that?

Bring my sister and two good friends to  “explore the charm of the islands” and to visit the  latte sites .

The Mariana Islands are home to “the only known latte stone historical sites in the world. Tinian’s House of Taga and the As Nieves Taga Quarry at Rota, as well as other latte sites on Saipan..” These are priceless symbols of Chamorro culture.

Now that is unique to Northern Mariana Islands . Cap Taga Stone
The island of Rota, CNMI (Commonwealth of the Northern Mariana Islands) by Michael Lusk via flickr. Some rights reserved.

Wikipedia says “Latte stones have been made of limestone, basalt, or sandstone.” The largest standing latte is the House of Taga in Tinian, where capstones measure between 2.7 – 2.48 meters in diameter and shafts are 3.87 – 4.23 meters long. The Chamorros never completed what would have been the largest latte in the Marianas. Those latte elements remain in the quarry at the As Nieves in Rota. The northern most latte sets or structures are located on the island of Pagan.” What is the story behind this latte architecture? I would love to visit these historical sites and know more about this significant icon of the Chamorro people.

Even if I have crossed out the visit to the Latte sites, I will continue to “Explore the charm of the islands”.

There are other charming places to explore in Saipan, Tinian and Rota islands. One charm is the variety of birds.  Did you know that the Northern Mariana Islands have a total of 104 bird species, of which one is endemic, one has been introduced by humans and three are rare or accidental? Five species are globally threatened. Next on my list is bird-watching . 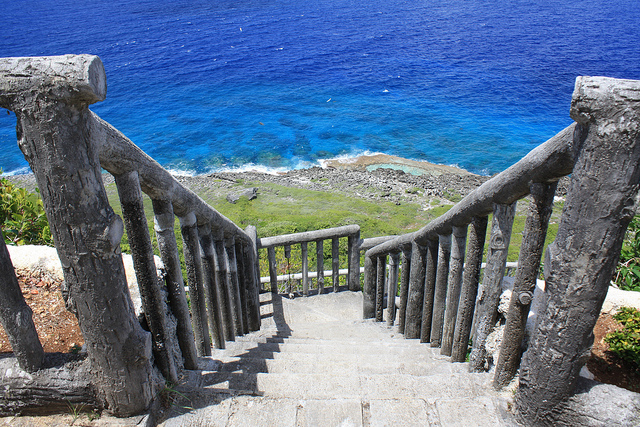 The island of Rota, CNMI (Commonwealth of the Northern Mariana Islands). June 2010.
Provides breeding for red-footed boobies, brown boobies and brown noddies. by Michael Lusk via Flickr. Some rights reserved.

Maybe I can spot the  Micronesian megapode , a “stocky medium-sized bird that is mostly dark brownish-black in appearance. Its head is paler than its body, and it has a pale grey crest, a yellow bill, and large dull-yellow legs and feet.” I wouldn’t mind  hearing its “keek-keer-keet” cackle. Another charm is the Grotto in Saipan as a unique diving spot with “a collapsed limestone cavern and a pool of cobalt-blue seawater filled by three underwater passageways.” I don’t dive though but I hope to just go near the cave just so I can catch a glimpse of the whitetip sharks,turtles, titan triggerfish, parrotfish, and  corals. 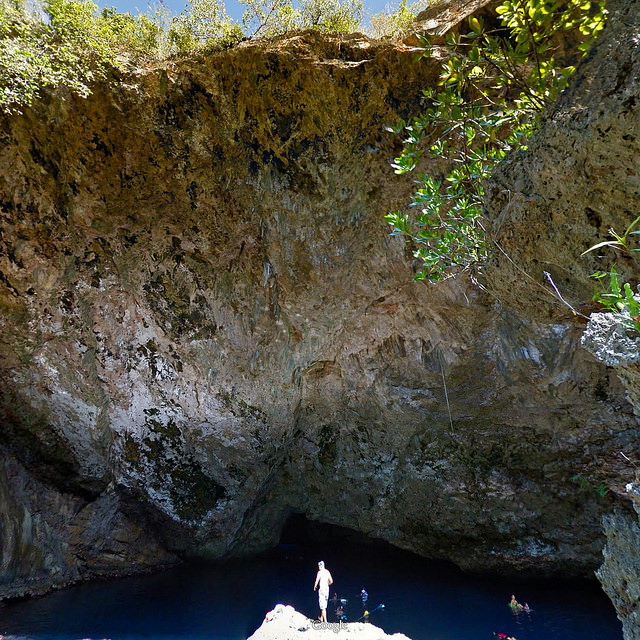 Or explore the charming beaches through a road trip and island hopping adventure. It would be great to explore the Managaha, a white sand beach-fringed island which is just a short boat ride away from Saipan. Or explore other beaches in Tinian Island. 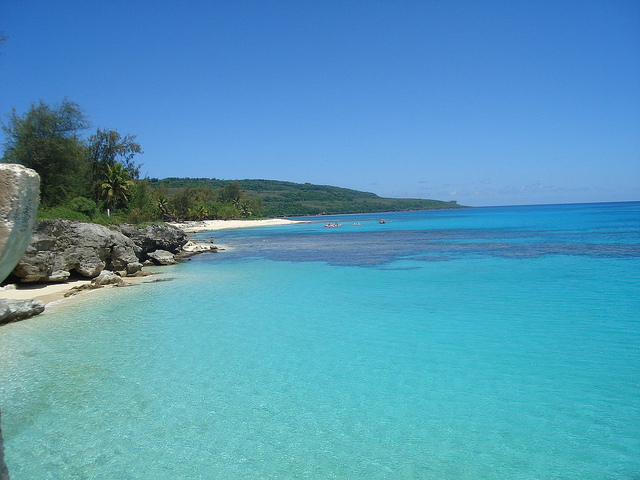 While the Marianas is known for its sun and sand, the islands are also known for its history.  “The island is now a US territory in the Pacific, as the Americans won it from the Japanese during World War II.”  Perhaps we can take a submarine tour and see if we can spot the  sunken Japanese warships at the bottom of the Pacific Ocean. 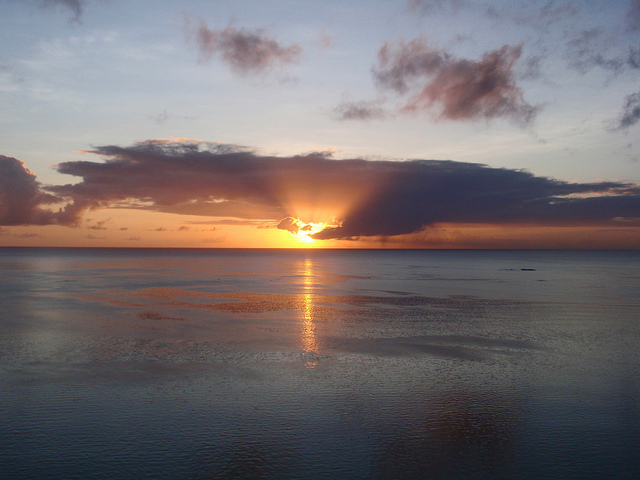 I can envision it now. As the day ends, my friends and I will lie on the sand and watch the dazzling sunset at the Micro Beach. Perhaps, we will be sipping red wine, laughing and telling stories of our silly past. Maybe, we will just be…meditating for being blessed and witnessing this spectacular and colorful sunsets.

The four of us will surely love the adventure as we explore the charm of the islands…. the Northern Mariana Islands.

Blogapalooza in partnership with the Marianas Visitors Authority is celebrating its 5th year anniversary by holding a contest for a free, all-expense paid adventure to the Northern Mariana Islands.