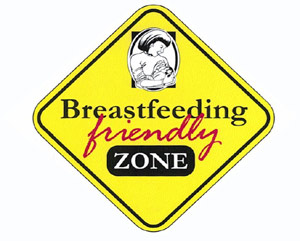 “The breastfeeding culture is now on the brink of extinction,” Esguerra warned on Tuesday at the opening of the pioneering nursing station.

The SM project is seen as a significant step toward reviving breastfeeding among Filipinos who, according to the World Health Organization, spend P21.5 billion yearly on infant formula. Giant mall opens 1st breastfeeding station

As a working mother, I pumped enough breastfed milk while I was at work. My boss allowed lactating mothers to store their milk in the office’s refrigerator. Hehe, fortunately he never mistook it as his coffee creamer.

I can attest that [tag]breastfeeding[/tag] forms a strong bond between mother and child. It stimulates the release of ‘feel-good’ hormones and gave me such a relaxing feeling. My second daughter could not drink my breast milk because I just recuperated from Acute Hepatitis B. The pediatrician said that the virus might pass through the breast milk. I can really see the difference especially in our mother-child bonding experience. Also, the inconvenience of washing bottles!

My sister, (who is part of the Children for Breastfeeding and the Philippine Academy of Lactation Consultants ) wants me to draft a proposal for their website. She thinks I am a web designer but perhaps I can come up with something.