Helicopter parents take away a child’s character and his ability to do things on his own. This type of parenting is backfiring. – Lisa Hein I only heard of term, helicopter parenting from Cookie when I asked for suggestions on topics. I did a little research and found out that helicopter parents are so named because, like helicopters, they hover closely overhead, rarely out of reach, whether their children need them or not.

I wondered if I was so I asked Lauren if I was a helicopter parent because I knew at some point I was a protective and strict parent. She said “no”. Sometimes I think I am so laid back but I don’t think I was a helicopter parent except when it came to the internet usage. In 1996, there were very few kids online and I had no one to ask advice on web safety. I learned to let go when the girls were in college but I never hovered like a helicopter when it came to their academics. In fact, I never fussed about their grades except when they needed help on a topic. Part of growing up is learning to stand on their own. The girls knew we were always there to ask for help.

Can you imagine what it will be like in the more conservative Philippine setting? Only 10 % of the students surveyed had helicopter parents. I think I saw a few during registration period in Ateneo when I fetched my daughter after she was done.

What did the study show?

“Students with helicopter parents tended to be less open to new ideas and actions, as well as more vulnerable, anxious and self-consciousness, among other factors, compared with their counterparts with more distant parents.”

“We have a person who is dependent, who is vulnerable, who is self-conscious, who is anxious, who is impulsive, not open to new actions or ideas; is that going to make a successful college student?”

Many educators have been searching for ways to tell parents when to back off. It’s a tricky line to walk, since studies link parents’ engagement in a child’s education to better grades, higher test scores, less substance abuse and better college outcomes. Given a choice, teachers say, overinvolved parents are preferable to invisible ones.

The challenge is helping parents know when they are crossing a line.

My advice is letting go slowly… starting at 8 years old, determine if your child can wean off from your tutorial time, decide extra curricular activities and even making decisions with your guidance. Remember , a certain amount of hovering is understandable when it comes to young kids, but when it persists through high school and college, I think it is so unhealthy for both sides.

‘Give ’em the morals, give ’em the right start, but you’ve got to let them go.’ They deserve to live their own lives.” 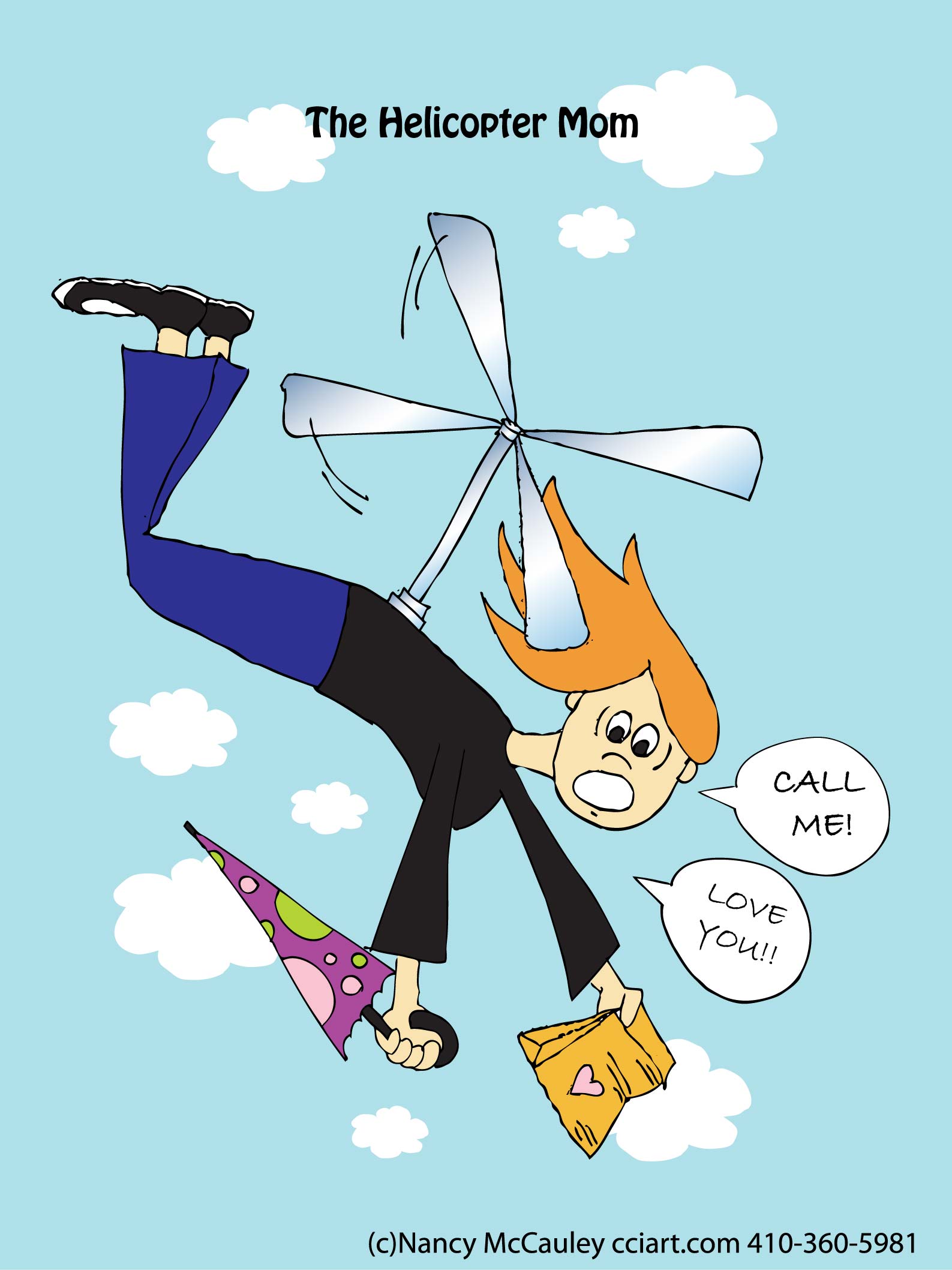