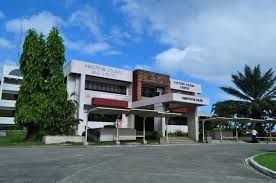 Public outrage this past week focused on the decision of the Philippine Science High School (PSHS) on six of its students “in possession of ‘voyeuristic’ images of PSHS female students which had been uploaded and shared online without the victims’ consent.” Parents, teachers, students and concerned citizens protested against the Board of Trustees’ initial decision to allow all six students to attend the graduation ceremony, even after two school committees recommended against it. The PSHS board reversed its decision a few days later, by not allowing the six students involved in the controversy to march at the graduation rites on May 29. Three students would receive their diplomas, while three would only get certificates of completion of the six-year program.

I recall a similar indignation in 2012 when five high school students from St. Theresa’s College (STC) Cebu, were prohibited from joining their graduation rites. Five students involved in the controversy uploaded photos on Facebook showing them in bikinis and with alcohol and cigarettes. They could not take part in the baccalaureate Mass and the graduation rites that would have capped their high school lives. The school based the sanction imposed on the students on the provisions in the STC Handbook. One rule stipulates that students should not be “posing and uploading pictures on the internet that entail ample body exposure.” Having studied in STC Cebu, I am aware of how strict the school could be. The vagueness of “ample body exposure” leaves the interpretation up to whoever is looking at the pictures. This allows school authorities such a broad latitude and allows for arbitrariness, the subject of controversy. The students also said they “were deeply hurt and cried” after being scolded by the officials whom they accused of humiliating them with abusive language, calling them “easy, drunks and addicts.”

Two years later, the Supreme Court Third Division denied a petition for the issuance of a writ of habeas data filed by parents of two of the five sanctioned students. In resolving the case, high court also reminded social networking users to be cautious and aware of the risks they expose themselves to when they engage in cyberspace activities. “Information, otherwise private, voluntarily surrendered by them could be opened, read or copied by third parties who may or may not be allowed access to such,” the Supreme Court added.Advertisements

These two incidents are similar in the sense that both involved students violating the schools’ student’s code of conduct. But the PSHS issue is different since it could involve a violation of Republic Act 9995 Anti-Photo and Video Voyeurism Act of 2009 or the “Anti-Photo and Video……” if the victims file a case. My friend, Michelle Estor raised a question: “What does is say about us as parents, as decision makers, and as a society, when young women who as immoral for the clothes they wear and for their foolish decisions suffer the same punishment as these sexual predators, who not only betrayed the trust of friends, but who committed crimes and violated laws? if not for the relentless vigilance of the students, the parents, and the alumni, these predators would have been marching now in the same hall where their victims would have cowered in unjustified shame.”

What I find disappointing is the statement of PSHS. The PSHS Board urged the media and the public “to respect the privacy and maintain the dignity of our scholars and not aggravate the issue further, which unnecessarily puts those children’s future at risk.”

Sorry, PSHS Board of Trustees, “Sexual misconduct and harassment are not private issues, they are problems that everyone faces,” Betty Romero, my other friend, called out.  For every sexual predator, a mother, father, friend, school or a community enabled, tolerated or allowed them to go unpunished. While the names of the students should remain private, what happened at PSHS needs to become part of a national conversation. This is to ensure the future and safety of all young women and men, not just PSHS students.

The Board added that, “Everyone should move forward from this incident and provide the needed support to the students and the PSHS community.” The way to move forward is continuing the conversations, no matter how difficult it is. Education and awareness on the consequences to both girls and boys in such situations must continue. My friend adds that “there is a need to keep this topic alive until things change, until victim blaming stops, until young men realize that they should never share photos of the young women who trust them.”