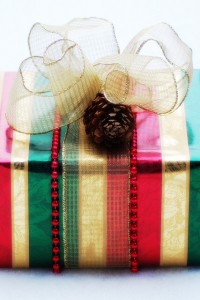 The act of gift giving is seen as an integral part of the Christmas season. However, while we think that giving gifts is just a simple affair, we should also take into account what we give, and what it says about us, the gift givers. More often than not, the context and the gift are intertwined, making a simple gift very touching, or an expensive gift mean nothing at all.

So, what are the different kinds of gifts, and what do they say?

The practical gift is, pardon the term, practically the easiest gift to get for a loved one. All you have to do is keep your eyes and ears open for your loved ones’ complaints, and then figure out what they need – be it that double-size coffee mug for more wake-up juice in the morning, or a nice necktie for the rare occasions that they need to be formal.

However, the problem with practical gifts is that they don’t require much thought, if you think about it. It’s all about a person’s stated or obvious needs. On one end, depending on the gift, it can be seen as being observant of what a person needs in everyday life, but on the other end of the spectrum, it can also mean that it’s the “lazy” gift, particularly if it becomes a habit – like a dad’s perennial pair of socks.

Some gifts have, as the saying goes, a hugot factor, a thing that makes it have a meaning that can be taken many ways. It can be a simple wallet that is the person’s old favorite brand, or it can be as lavish as a set of earrings that remind one of the prom where a couple first met. The wistful gift is an invitation to nostalgia – but beware, because it is nostalgic.

Should the times change, or if the reminder is seen in a different light, it can lead to hurt feelings, or soul-searching that can change the direction of relationships for the worse. After all, when you give a gift that is meant to evoke something else, you have to be sure that the evocation will be as the other person will see or feel it, rather than your own take on things. 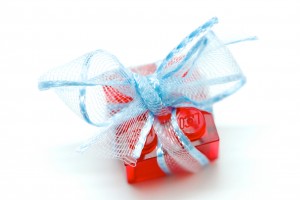 he whimsical gift is that which has no meaning other than to make the person happy upon the receipt of the gift. It is about as honest and as shallow (if taken the wrong way) as the season will allow. Novelty pranks like a mini-toilet that sprays water, or a drumming monkey doll are just some of the examples of whimsical gifts.

These gifts are not bad per se. After all, they may be the perfect gifts for people who don’t look for anything, or already have everything (subjectively speaking). However, the big issue with whimsical gifts is that they can either be seen as thoughtless (throwaway gifts), or they can be seen as letdowns, if the person was expecting a more meaningful one. After all, not all people will understand or appreciate the moment of giving.

Now, gifts that qualify for “overblown” are those that are meant to impress not only the recipient, but others as well. It’s a gift that is perfect for those who like gifts that can impress others with their importance and value, regardless of actual cost (more to the point, regardless of cost in the sense that it’s probably expensive, too).

Overblown gifts are very much appreciated, but it can also mean that there is a strange relationship between the giver and the receiver – namely, that there is a needy, tit-for-tat relationship involved. Before you give a gift guaranteed to impress everyone aside from the receiver, you should think about why you’re giving that gift to the person – and why other people have to be impressed.

Some gifts are meant to be hints for something else. The classic examples, of course, would be nice clothes, underwear, deodorant, soaps, and even combs. Let’s face it; if you want to send a “gentle” signal to someone to improve himself or herself in some way, then a Christmas gift that “nudges” them in that direction is the right way to do it.

This would work, of course, except that in many cases, if it weren’t for the spirit of the season, there would have been a lot of harsh words and arguments already. A “suggestive” gift is about as subtle as a hammer, and it’s made worse by the fact that, well, the family is there – opening gifts is a public social thing.

So what gift do you give? 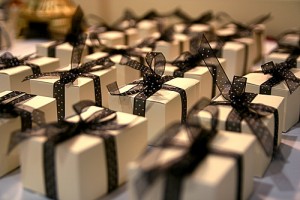 Gift giving has always been symbolic, and that’s been the strength and weakness of the whole process. The reason for this is that people tend to want to find meaning in the giving of the gift itself, when in fact, it is all about making the person happy – or at least, it should be.

When giving gifts to another, you should always be careful about giving something that might have a meaning in it – indeed, the best gifts are those that are simply what the receiver will like. Yes, you do have to take into account who you are in the person’s life, and what you budget is. But even more important, giving a gift is a process – one where you think, really think about the person and who he or she is. Your gift shouldn’t be overshadowed by the meanings between you and that person. At the purest, a gift should be about the person, and what makes the person happy. It can be as simple as a thank you letter, or it could be as “non-traditional” as a trip outside the city, or a fine dinner at the person’s favorite restaurant. Whatever the case may be, the true gift is the one that has the least symbolic meaning beyond being a gift – an offering of happiness, thankfulness, and faithfulness from one person to another.

Your gift may never be that “pure” in meaning, but if you can make your special someone smile without that person thinking of anything aside from being thankful for the gift and being happy for the season (in all its meanings), then you’ve done well.

Written by Richard Leo Ramos, as originally posted at the Philippine Online Chronicles.