Co-dependents Anonymous in the Philippines

One of my coping mechanisms after the death of my son was to focus on others in order to forget my pain . Years later when I visited a counsellor in a “well-known center” somewhere in Quezon City (which I don’t advise you go to, please), I was told that I was a co-dependent. I had no idea what that meant but according to the definition of co-dependency,

“Co-dependency can be defined as the tendency to put others needs before your own. You accommodate to others to such a degree that you tend to discount or ignore your own feelings, desires and basic needs. Your self-esteem depends largely on how well you please, take care of and/or solve problems for someone else (or many others).”

Okay so I put other’s needs before mine. But I thought that was a noble characteristic of mothers, don’t you think? or was I smothering? From the book, Codependent No More, I discovered I was too controlling over my children and husband. Perhaps because my life was out of control? Although I disagree with some co-dependent theories, the one I value most is Taking care of yourself. 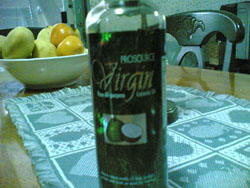 I just came from the gym with my second daughter. It’s been part of my routine to include a 15 minute sauna after my workout. In the sauna, I rub my scalp with virgin coconut oil. That’s hot oil treatment for free. You know how expensive these fitness gyms can be so why not take advantage of the heat. See, my hair is thinning out and maybe the coconut oil can stimulate my scalp to grow thicker hair. Blame it on old age.

The one I use is that brand on the photo. I bought this at Mercury drugstore because I noticed that this particular coconut oil used cold press method. When I bought it, the liquid inside was milky white so I was a bit suspicious. I totally forgot that coconut oil gets affected with the room temperature.

Creative ways to remember a loved one

The topic of yesterday’s meeting with The Compassionate Friends was “The Creative Ways of Remembering our Loved one”. Why do we want to remember? Some well-meaning relatives or friends think that doing this will just bring more pain. On the contrary, we never want to forget our loved one. Luijoe continues to live in my heart and I never want to forget him. I am truly amazed at the various creative projects that some of our compassionate friends have undergone:

Read More »Creative ways to remember a loved one

Today marks the 20th anniversary of People Power but there is no celebration. Thanks to the state of national emergency. Twenty years ago, I was 8 months pregnant with my eldest daughter, Lauren. There was no way for me to join my husband and brother in EDSA. My huge belly would be squashed with the millions of people. I felt so left out. During my student years, I was quite active in lightning rallies against the Marcos rule.
So on that fateful day of February 25, 1986, I was left at home, listening to Radio Veritas.

A family that exercises together

I enjoy the moments whenever my two girls and I are able to go to the gym. Since classes were suspended today due to the “coup attempt”, we took the opportunity to bond together at Fitness First. Unfortunately, my dear hubby was still stuck at his office. When we arrived at the members lounge, most of the people were glued to the news on the TV monitor scattered around the gym area. Obviously , it was about the State of Emergency.

Read More »A family that exercises together

State of national emergency in the Philippines

The Philippines is in a state of emergency. From what I gathered , the state can take over utilities or media and has banned rallies.

I hope that our grief support group meeting with The Compassionate Friends will still push through tomorrow. After being under martial law rule for more than 20 years, I get this deja vu feeling like it’s happening all over again.

Read More »State of national emergency in the Philippines 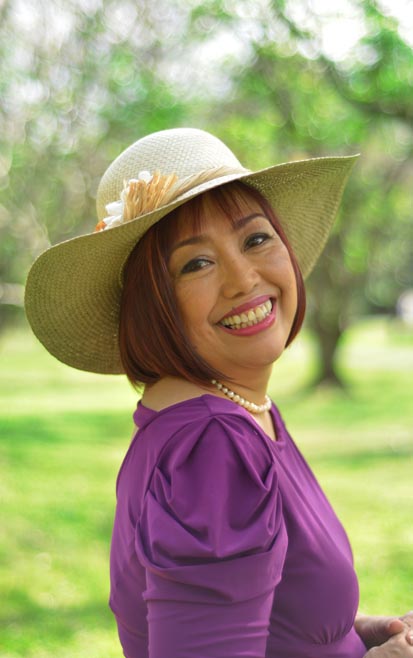 After being online for the past 10 years, I felt it was time to start a blog. Not that blogs are commonplace but I felt I have a lot to share especially with regards to my grief journey and the transformation that has taken place in the past year.

I chose joy over sadness. It is said that grief is inevitable but misery is optional. I realized that it did no good to sit in my misery pit. It does no good for the loss of my son to lead to the loss of two.
Read More »The Launch