Words of comfort for the bereaved

Grief is in the news once again. Once in a blue moon (hopefully not often enough), you may encounter a friend or relative reeling in… Read More »Words of comfort for the bereaved

Healing of the Family Tree

When I was new in my grief, many well meaning friends and relatives advised me this and that. I don’t know who among them suggested… Read More »Healing of the Family Tree

#RIPDolphy and learning about grief from the tweets of @ilovejamich

Filipinos are mourning the loss of the Comedy King, the artist that made them laugh and lightened the day. My friend Samira says it so… Read More »#RIPDolphy and learning about grief from the tweets of @ilovejamich 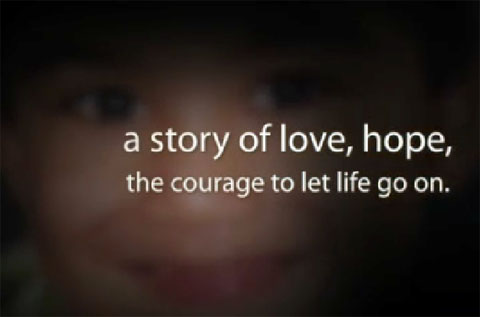 I regret being unable to join my good friend Noemi Dado on this extremely happy occasion. She and her husband are the best kind of friends any writer can ask for. She can agree to disagree and can find the whole path where neither integrity nor civility ends up being compromised.

I don’t know how Noemi gets her energy but it is amazing. So is her level of achievement. She takes teasing with aplomb and finds ways to do more and more without sacrificing family or friendship.

This Momblogger is a walking typing talking institution. Long may she remain so. Read her, learn from her, debate with her: enjoy her work as she enjoys learning and sharing with the world.

That grief is light which can take counsel

Give sorrow words; the grief that does not speak. Whispers the oe’r
fraught heart and bids it break. ~William Shakespeare 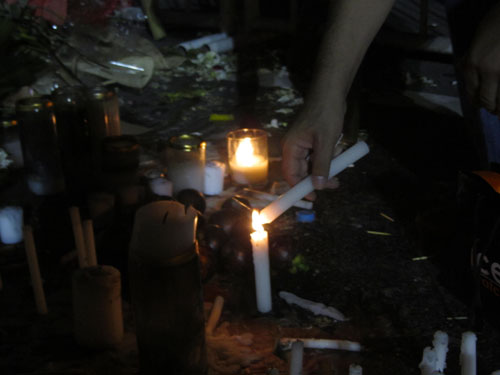 Picking up the pieces

As we as a nation try to salvage what bit of dignity of we can still salvage on the failed operation of the police, the failure of the government of Noynoy Aquino and the wanton disregard of some irresponsible members of the media for the safety of the hostages, we should also examine how we as Filipinos dealt with the situation and conducted ourselves. Yes, the incompetence of the police, corruption and government and perhaps the arrogant demeanor of some media outfits are so routine to us that we’ve accepted them as a fact of life and part and parcel of being Filipino but at the end of the day, we must not allow these so-called realities cloud our ability to feel compassion Ã¢â‚¬â€œ and more importantly to show this feeling of sadness and grief outwardly to those who are really hurting. 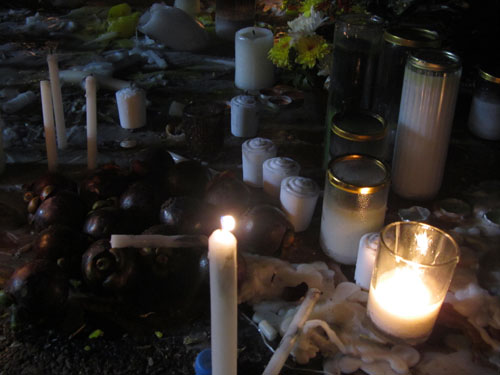 Read More »That grief is light which can take counsel 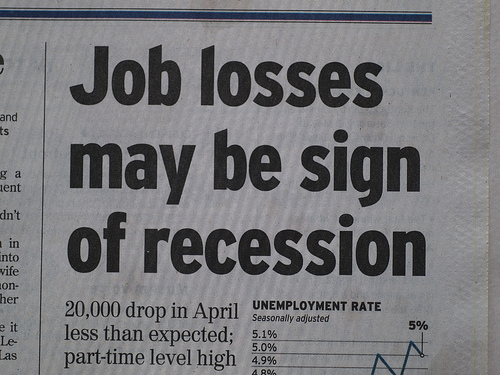 It was a wonderful morning when I wobbled over to the Director’s office at the UP Institute of Small Scale Industries (UP-ISSI). The month of January 1986 was just a few months before I gave birth to my eldest girl, Lauren and I was always in high spirits. I thought the new director just wanted to talk business. Meet and greet each other formally. It looked like he had great plans for UP-ISSI which didn’t include me. The new director informed me that my contract will be terminated. (UP then was in freeze hiring so I was always under a contract). Part of me died with the notice. I was angry, depressed, confused, hurt, and worried. I was so bitter and angry at the new director because I was passionate and competent in my job in research and consultancy. Sometimes I think he just terminated me because I was hired by the past director. I didn’t believe there was shortage of funds because I was hired through a foundation of the institute. I had high hopes about going back to work but they never hired me back. It was really a devastating loss. It wasn’t even the financial aspect that made me feel bad. The research and consultancy work served as part of my identity, a place to use my skills and talents and watch them build over time as I believed I became more competent at them. I went through the grief process of anger, denial, barganing in that roller coaster ride and finally accepting the loss.

I guess there is a silver lining to all this. I became a full-time mother devoted to bringing up my children. If I continued on with my work at UP-ISSI, I would have been such a workaholic with little time for my growing kids.

When someone talks about grief, it is often associated with a death of a loved one. When I started this blog, I talked of my grief journey after my son’s death. There are other areas of life in which loss results in grief that is just as real. One of these is being experienced more and more often due to the current trend of companies to ““down-size.”

Wasn’t it just 10 years that I last hugged my beautiful boy on a breezy, sunny day at the beach? Though the searing pain in my heart is not as sore as it once was 10 years ago, the scab sorts of falls off on anniversary dates. Luijoe should have been 16 years old today. I created this video tribute of his life and last birthday celebration 10 years ago when he was just a cute 6 year old boy.

I often wonder how he would look like today. Would he have been taller than my husband? Would he have the same gleaming smile? Would he have many girlfriends? Would he be close to his two sisters? Would he have a messy room? Will he still give me a bunch of flowers with an “I love you” note? I can’t imagine because I will always remember him as an innocent and beautiful 6 year old boy whose death changed my life in positive ways I never could imagine.

“Ever since I was born, Daddy has been the best father you could ever imagine. And I just wanted to say I love him Ã¢â‚¬â€ so much.” Ã¢â‚¬â€ Jackson’s daughter, Paris-Michael, who broke down in tears.” 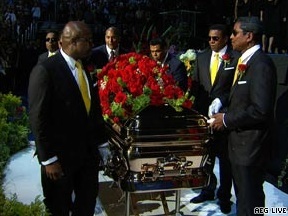 I gaze at the TV as I see the casket of Michael Jackson as it is being wheeled out of Forest Lawn Memorial Park in Hollywood Hills en route to the Public Memorial at Staples Center. Bedtime beckons me but there is one part of me that wants to watch the live coverage of Michael Jackson Memorial . To keep myself awake, I will write about the creative use of grief.

I know not all of you are Michael Jackson fans but I am a Michael Jackson fan so excuse me for blabbing away. Yes, he might not be a family member and my grief is so negligible compared to the devastating loss his family is experiencing. Nevertheless, grief is an emotion. We all had lost someone dear to us and even if the person is not a family member, the grief experience is very real. I established a connection with him through his music during my teen years in the seventies. I bet most fans feel the same way. No wonder you see the outpouring of grief. His music just touched their lives as it did mine in those crucial teen years.