I Choke on Taglish

I remember my first TV interview.

I was not prepared to talk in Tagalog. First of all, MOMS is an english word so I thought the interview was in English. When I saw the script, I was horrified.

I asked the writer: So I have to reply in Tagalog? I don’t speak Tagalog so well.

It can be Taglish. the production staff said

Taglish is just as worse. So throughout the interview, I struggled for the words, figuring out what the Tagalog word for griefÃ¢â‚¬Â¦.feelingsÃ¢â‚¬Â¦etcetera. 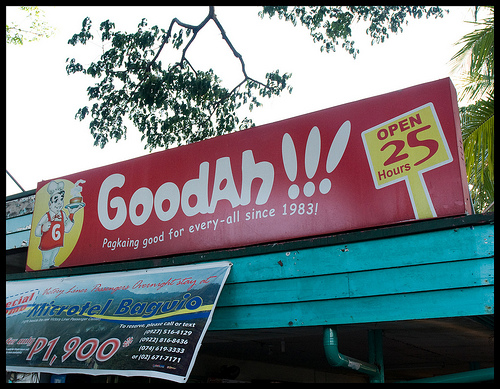 It was a pain to speak in Taglish. My first language is English (Blame my parents) and spoke Cebuano with my peers. I spoke two languages as a child and never mixed cebuano and English in one sentence. When my daughter was once an active blogger, she received a deluge of criticisms for being more fluent in English. At least she can still speak in Tagalog. Shouldn’t we choose the first language that is best comfortable to communicate?

How come Cebuanos don’t mix Cebuano and English in one sentence? There is no such thing as ““Cebualish”“. People would gush with admiration at how we, Cebuanos didn’t have Cebuano accents whenever we spoke English. The Cebuanos from UP or Ateneo studied from top-notch high schools in Cebu with the same high standards as those of exclusive schools in Manila. So what made the difference? It was only much later that I found out that the taglish originated from the ““yayas”

Yet, I think it is really wrong to speak in Taglish so I forced myself to learn to speak Tagalog. So far so good especially if it is a radio interview since I have a cheat list in front of me and I can concentrate on my train of thoughts.

Experts discourage the use of Taglish and that has also been my rule at home. I wanted my kids to be bilingual- English and Tagalog so I told their yaya to speak in straight Tagalog and not to mix English and Tagalog. It worked pretty well at home. My little ones spoke to us in English and shifted easily to Tagalog when they speak to their yaya

I know that English is spoken differently in every country but I believe that the Tagalog and English should not be mixed in one sentence. I also understand that ““coÃƒÂ±os,” can speak in straight English but that the taglish is just a social norm among themselves. However, it also isolates them from the rest of their schoolmates who come from the provinces.

So what did the experts say in the First Philippine Summit on Early Childhood Education?

1. Kris Aquino should set an example to Filipino children and avoid mixing Filipino and English when talking.

2. Speak in the language of your home, not Taglish, PampangueÃƒÂ±oish, or Ilonggoish. The most important thing is for the parent to be very clear. She cannot mix it,”

3. Parents should read to kids even before they are born, not only for their children’s benefit but also for the parents’ because “we need moms who know how to read to their children.”

5. Teaching children early about language was ““really training the brain and developing neurological pathways” for children to be able to learn more languages other than their mother tongue.

I don’t care if I have an accent whenever I speak Tagalog. At least I don’t choke on it as much if I speak in Taglish.

Do you believe the use of Taglish should be discouraged?