““The Day of Judgment is an important notion: but that Day is always with us” Alfred North Whitehead

(Updated- May 22, 10:30 AM ) Is it really the end of the world? There are thousands of Twitter conversations that center on Rapture, the ““Judgment Day” that some believe is set for today, Saturday . 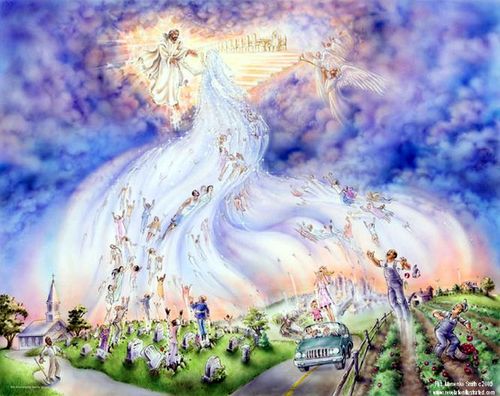 ““Don’t wait for the last judgment – it takes place every day.” Albert Camus

I often asked this question the past few days. The thought of the last day of the world never occurred to me. Perhaps because I have heard this prophecy many times in my life. OR perhaps the end of the word seemed to happen to me the day my son died 11 years ago. I felt the earth swallowed me up. My mind seemed to be nowhere. Since the loss of my son, I live my day as if it is my last day on earth. No big deal here.

The possible beginning of the end of the world is nothing to ignore to a lot of people but it also means I will be reunited with my beloved son. Not that I want it to happen now but if it does, it is also alright. I can go either way.

Well, I wished I was more adventurous when I was a teen, not afraid to be a “bad girl”. Then again, I also think that I can still be adventurous later in life but not necessarily be a “bad girl”, just one having the time of her life. There are regrets that are negligible such as not going into sports. Still, all these regrets don’t have to be regrets. They can still be realized if “rapture” does not occur today.

Time zones have now crossed on saturday. How has everyone been thinking ? Some are making light of this through tweeting about their “rapture regrets” or imagining “If Saturday is the last day.”

I am still here. The world has not come to an end. The time 6PM came and went at time zones across the world, and nothing unusual emerged. I noticed Inquirer.net kept releasing earthquake reports in various parts of the country like Iloilo and Isabela. Volcanoes also triggered some quakes (taal, bulusan, Mayon). Life continued on as normal for me yesterday as all days are.

“People are making jokes like there’s no tomorrow,” one of the top tweets said.

Life should be treated a day at a time. The Day of Judgment is important notion to most Christians but that Day is always with us.