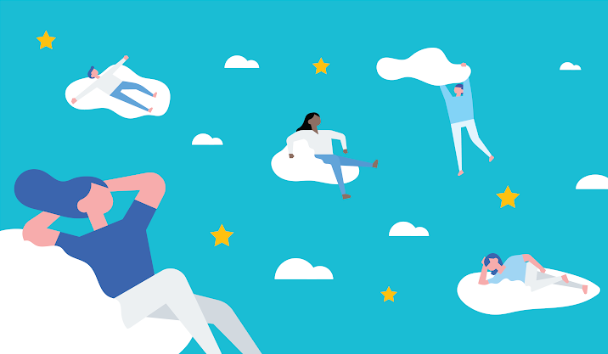 I’ve never heard of the family bed concept until I had my first baby. As a new parent, it never occurred to me then to take L into bed with my husband and me. I was the second in a brood of 7 siblings and I don’t remember sleeping in the family bed. I noticed that my youngest brother slept with my mom and dad but then I thought it was because he was the youngest. My mother died when I was a teenager and there was no one else to teach me about raising a child. I read all sorts of books including Dr. Benjamin Spock’s theory that popularized the notion that stern bedtime routines are essential in raising children to be independent and well-behaved. In the early eighties, many books on child rearing revealed that bad sleeping habits in a child are formed when Mother hears Baby whimper and “rushes” in to see if everything is all right. According to these books, the child will wake up more frequently just to receive his mother’s attention. “They will wrap you around their little finger,” so “take heed”. Yet, this seems such a distrustful approach to take toward an innocent baby, who simply needs care and love. Mother is reprimanded for wanting to pick up her crying baby. Yet responding to her baby’s call shows concern for her child, and is an action that comes from the very heart of motherhood.

I learned about the family bed from who else? my husband, my co-homemaker. “Let’s bring L to bed with us” as I placed L in her baby pink crib a few distance away from our room. My husband explained that he grew up with the family bed concept and added that babies should be close to their parents as they feel more loved and secure. “Oh really. I thought they belonged to their nursery” and quickly added “there goes our sex life”.

At first I was quite resistant to the family bed concept. I believed couples should have privacy of their own and babies should learn to sleep on their own. My mind changed not only because of the warmth and love we both shared but there were less sleepless nights. There were no whimpering or endless crying at the dead of the night because L immediately felt her mother’s warmth. This arrangement continued even until my second child was born a year and a few months after L. It was such a loving arrangement. It helped that my husband was still in Law School and assisted me with the babies. As toddlers, they slept at precisely 9:00 PM beside me and when they fell asleep, I got up from bed to attend to my husband who usually arrived from Law school. The two toddlers slept peacefully never waking up in the wee hours of the morning. When I was pregnant with my son, I informed the two girls that it was time to transfer to their pink room. They seemed to accept the change until the night I brought Luijoe home from the hospital. I peeped into their rooms and my heart broke when I saw L sobbing “Can I sleep with you?”

Surprisingly, all three children slept well with us and this arrangment continued on till the girls reached their high school years. Luijoe refused to sleep in his room until the day he died. I don’t have regrets that he continued to sleep with us for all those six years. At least I have those memories of his chubby arms wrapped around my neck or his angel kisses on my cheeks just before he slept . I believe that the family bed is a place of comfort and security. After my son died, the girls moved back to our room for the next two years. Something as natural, loving, and comforting as co-family sleeping can do wonders to a family in crisis.

The girls eventually slept in their own rooms . When the girls went to college, they lived in the dorm during the weekdays. They seemed well-adjusted to their semi-independent lives. What about our sex life? There were creative ways of course. Choices are either hotel rooms or the empty rooms in the house. Since the kids sleep well in the comfort of the family bed, they sleep through the night without bothering us. The family bed was also a natural birth control method especially when the two girls arrived. That’s why there is a 6 years gap between the second child and Luijoe.

I thought the family bed is a thing of the past. Seeing that one of my daughters is prone to nightmares after watching horror films, my husband told her to sleep with us. Funny. But yes, I miss the closeness of my children at times. I miss them as babies. It’s not that often now but it only happens after they insist on watching or reading these scary themes. We keep our rooms locked when we want our privacy but often it is left unlocked during the weekends when they are home from the dorm.

Co-family sleeping is a relatively new idea in countries like the US, (where Dr Spock espoused the strict baby rules more than 30 years ago)- new, that is, since they got away from it a mere century ago. They say children who sleep in bed with parents will not make the decision to start sleeping in their own bed. Where do these self-described “experts” think all the children who were allowed to sleep in their parents’ bed and are now adults are sleeping today?