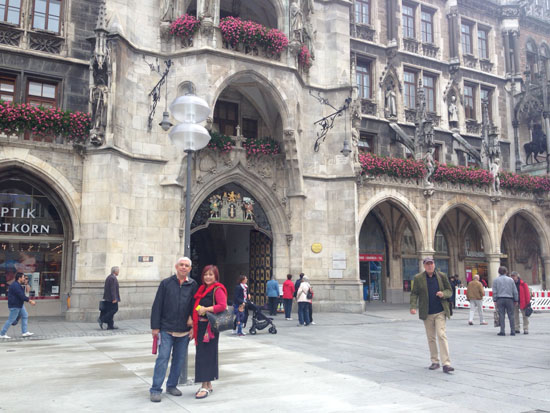 You may have noticed the past two blog posts are about my family vacation here in Europe. I will just be showing photos and a little description here and there for the next three weeks. See, if I post these in Facebook, it will get lost with all my Facebook wall posts. Having an AirBnB apartment keeps cost down since we buy our own groceries at the nearby Penny. My daughter loved the Muesli. 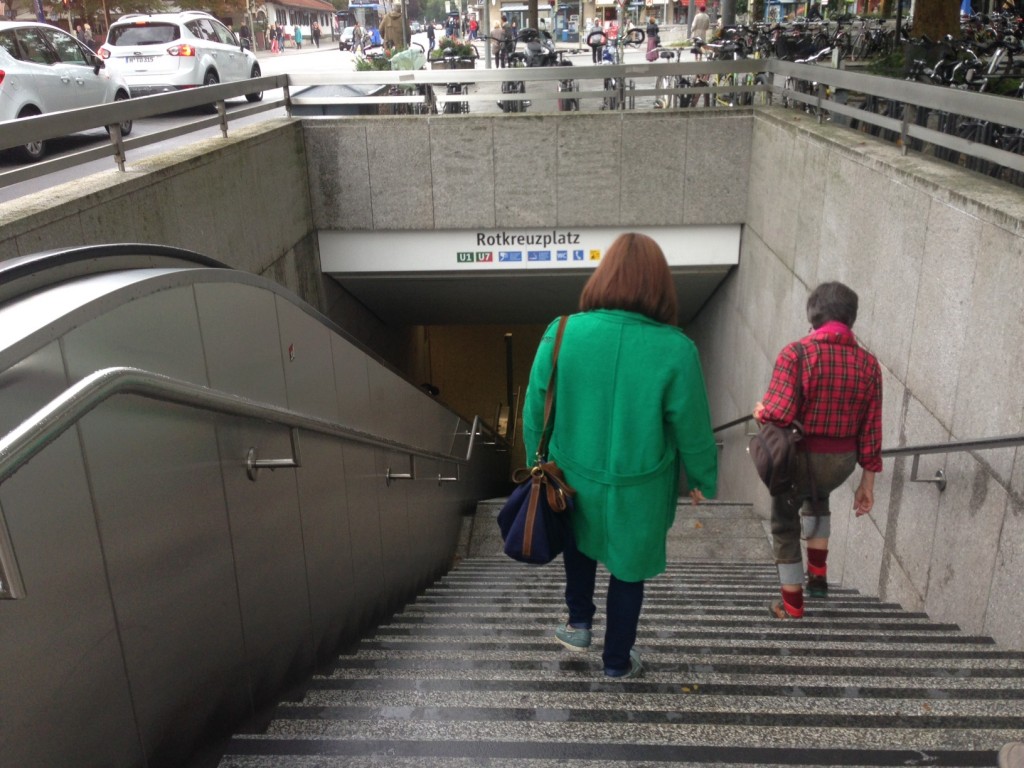 Buying the U Bahn ticket was easy since there was a stall there that sold everything from cellphone load, SIM card and anything a tourist may need. 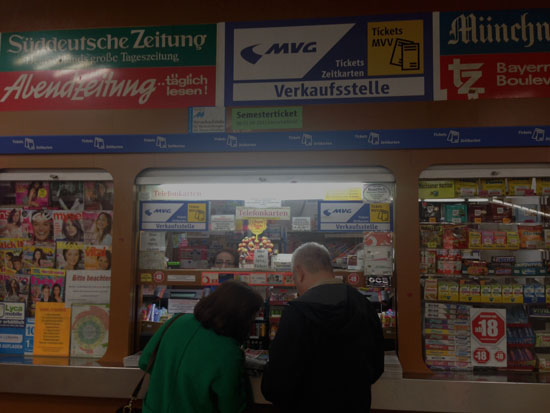 The lady was kind enough to teach us how to use the ticket. We got a one day pass for all three of us since it came out cheaper. Getting a tour is one of the first things I do since it gives me an overview of the city. There are many free city tours in Munich and most of them start at the Marienplatz or the Mary’s Square, the central square in the city centre of Munich, Germany. It has been the city’s main square since 1158. I thought this was the free city tour arranged by my daughter but we decided to take Jon, a British national living in Munich. He was very engaging, funny and informative. He sorts of reminds me of Carlos Celdran. The tour is not exactly free because the guides earn on tip basis. 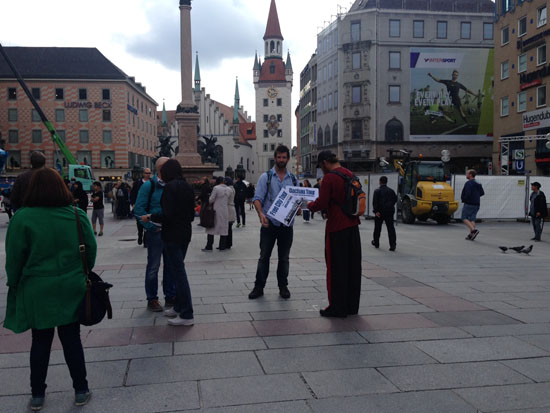 The tour starts at 10:45 AM . The neo gothic building is more modern than its appearance suggests since construction only started in the early part of the twentieth century. The bell tower or Glockenschpiele features a carillon and mechanical knights jousting every day at 11.00 AM and 5.00 PM.

Marienplatz is worth going since there are so many attractions nearby and a lot history. 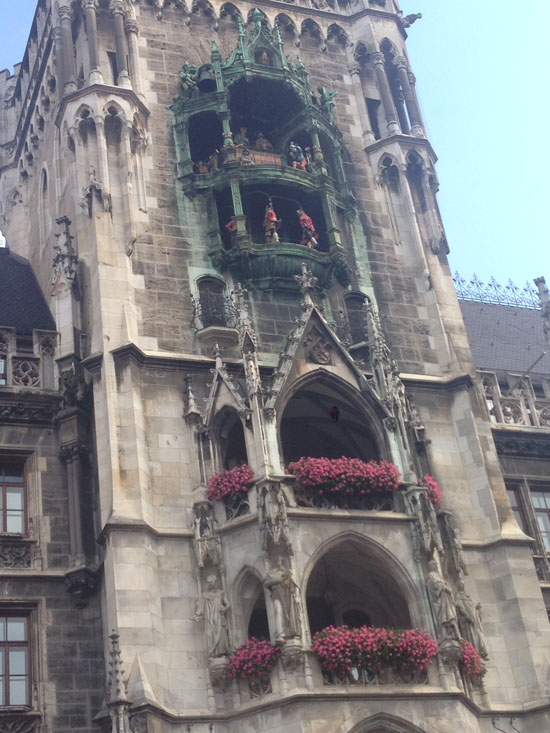 The Peterskirche close to Marienplatz is the oldest church of the inner city. It is beautiful inside with so much intricate artwork on the ceilings. It was first built during the Romanesque period, and was the focus of the early monastic settlement in Munich before the city’s official foundation in 1158. 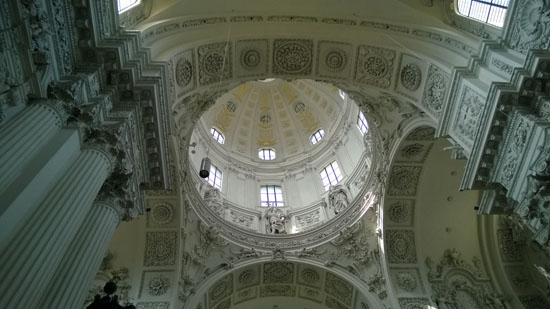 Of course, we lighted a candle. 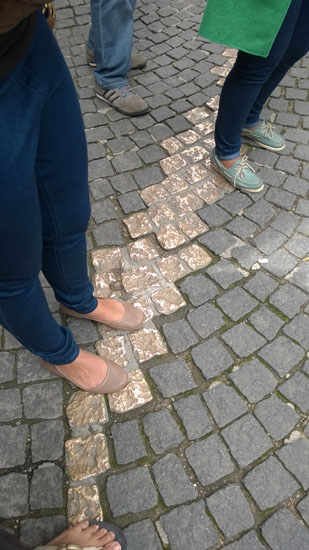 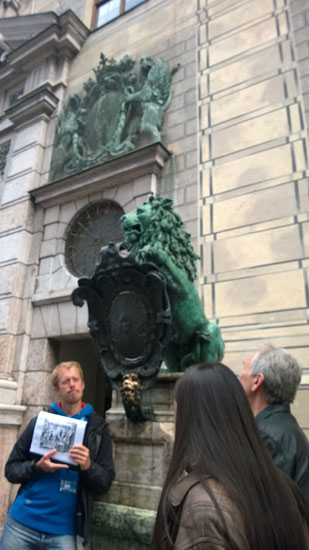 Ever wondered where München got its name? Our tour guide explains:

The coat of arms of Munich (Münchner Wappen) depicts a young monk dressed in black holding a red book. It has existed in a similar form since the 13th century, though at certain points in its history it has not depicted the central figure of the monk at all. As the German name for Munich, München, means of Monks, the monk in this case is a self-explanatory symbol (canting arms) who represents the city of Munich. 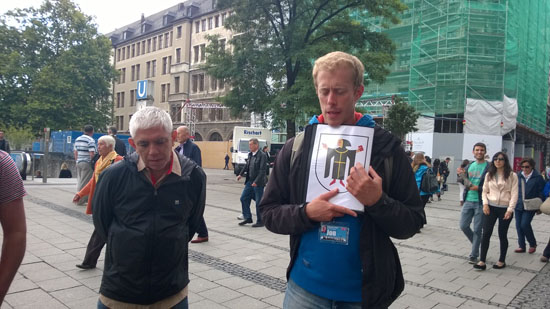 The drainage cover has these coat of arms. 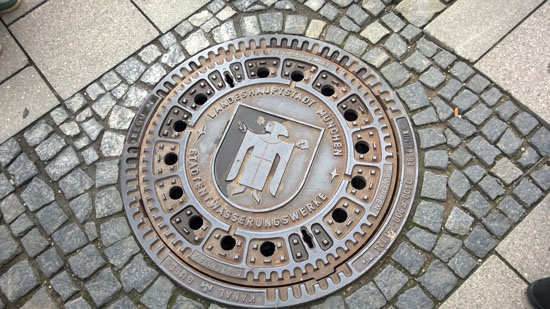 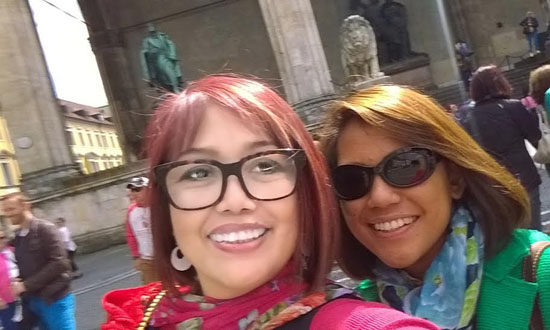 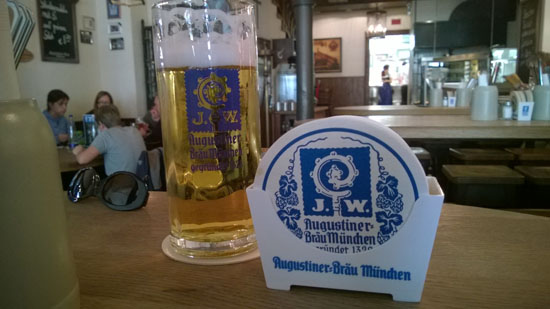 The tour ended and decided to visit the university town. And eat pizza since we ate  sausages for the past two days. 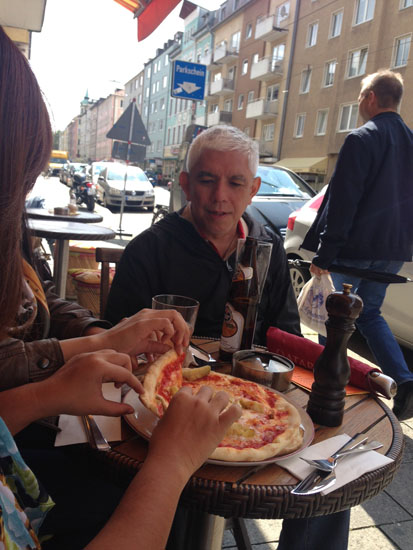 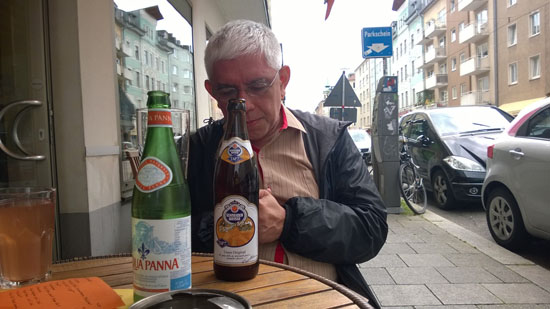 As always, the husband always loves his books. 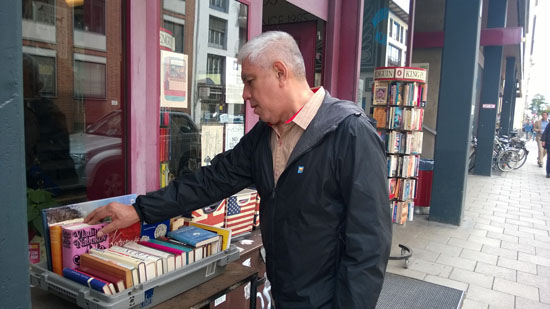 What was most important is being together for a few hours, and enjoying the limited time as a family. 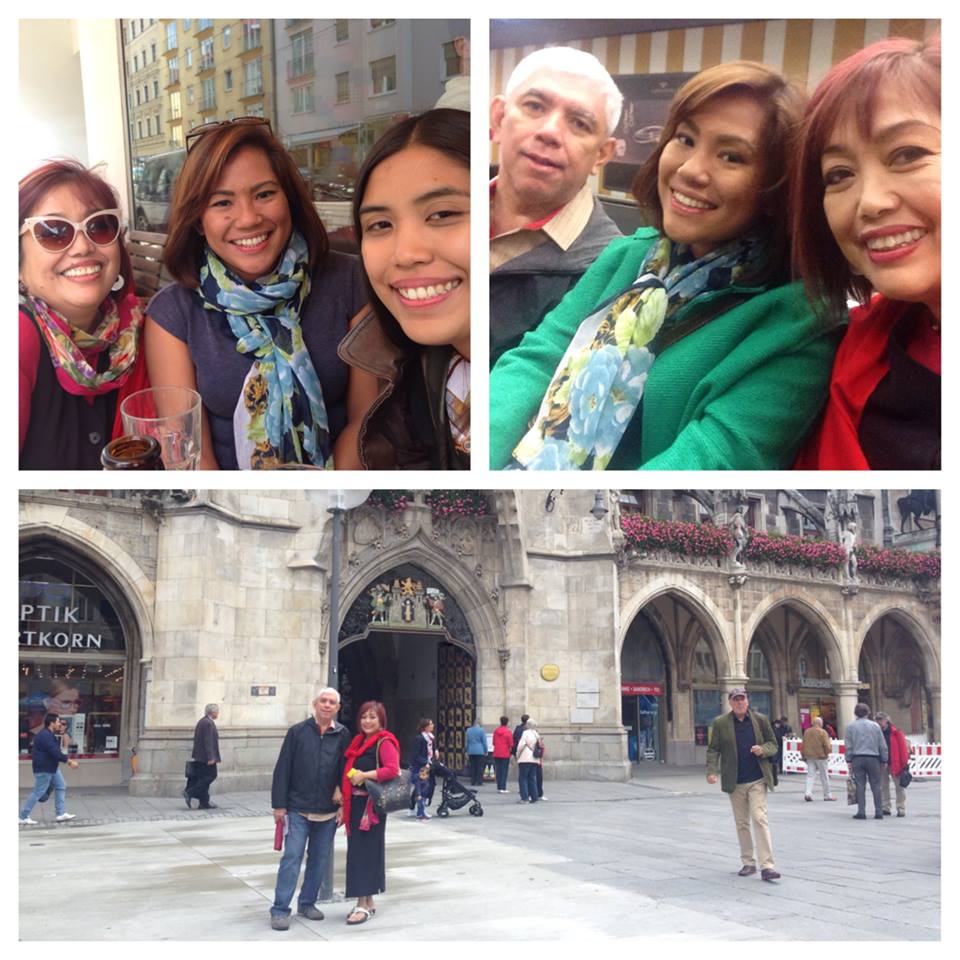 The rest of the day was spent just chilling at our apartment and basking the view of the city. 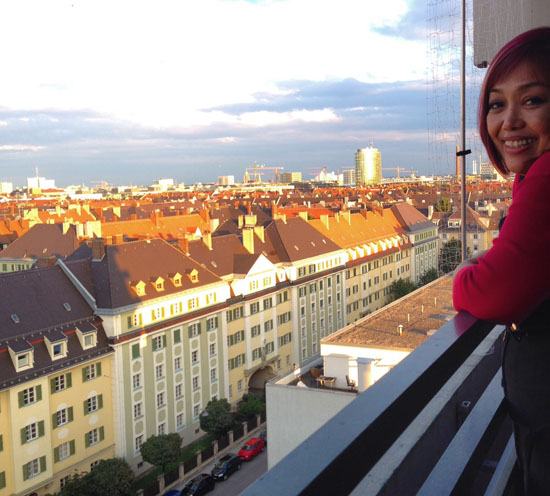 Tomorrow, there is more to see . 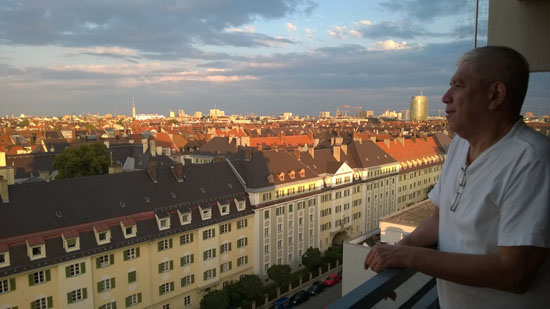 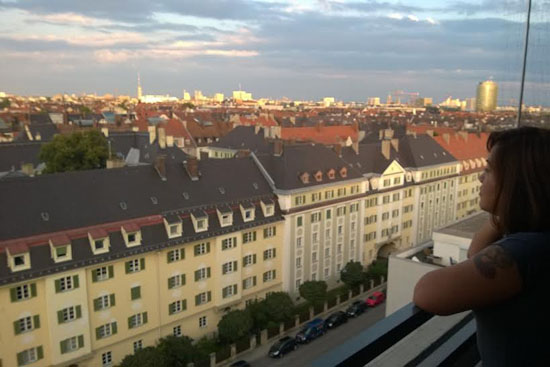