‘Oversharenting’ and other social media pitfalls 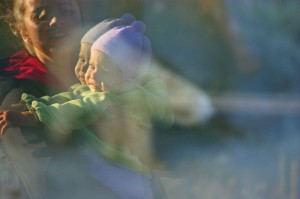 “Whether or not you realize it, you’re setting up a digital trail for your children that can last through their lifetime, and you’re doing it without your permission”

Psychological implications of growing up without anonymity

Cutesy photos may be harmless now, but they might pose a problem in years to come. This is why experts strongly recommend making sure that whatever images or anecdotes parents post are things their children will feel comfortable with later in life.

“Whether or not you realize it, you’re setting up a digital trail for your children that can last through their lifetime, and you’re doing it without your permission,” Greenberg says.

Kathryn Tuggle of Main Street explains that children can also be very sensitive about their appearance during their tween years. “If you post photos of your child during an ‘ugly duckling’ phase, you could be setting them up for self-esteem issues in the future.”

Another danger is “branding” your child. If you continually post pictures of them crying or clinging to you with captions like, “He’s so cranky,” or “She’s so shy,” it’s also possible you could be shaping your children’s perception of themselves. Hence, think about what’s best for your child, not you, the next time you log on to social media.

Sharing too much information about one’s kids online has become too commonplace that according to Time, a term has already been coined for this: oversharenting. It is understandable that parents would want to share the growth and development of their children, but there’s also a fine line between posting family pictures and cutesy photos of baby’s first bath. You never know where your kid’s pictures might end up someday.

“Anytime you post anything on social media, you’re losing a little bit of control over what happens to that image,” says clinical psychologist Barbara Greenberg through Main Street. “There are people out there who are bad. There are stalkers and malicious people who can take your pictures and put them on sites where heads end up on other people’s bodies… Socially isolated people who spend all day on Facebook stalking people, who get turned on by children,” Greenberg adds, emphasizing how as parents, we have to think about how much we’re going to post.

Joining the bandwagon is never a good reason to post something. “There may be pressure to show off your baby, but you don’t have to join that club. It’s always your decision.”

What you can do

Some parents go to extreme measures of literally posting nothing about their kids at all, but for those who still want to share photos or videos of their beautiful brood to some extent online, here are some tips that might be helpful:

Here are other interesting and worthwhile reads on sharing about your child on social media:

*“Mother and Child Reflected” by William Pitcher, courtesy of Flickr.