Bloggers’ meet with BB Gandanghari is on Saturday, March 14 at Mag-net, Bonifacio High Street, at 3-5 PM. You can Sign Up Here 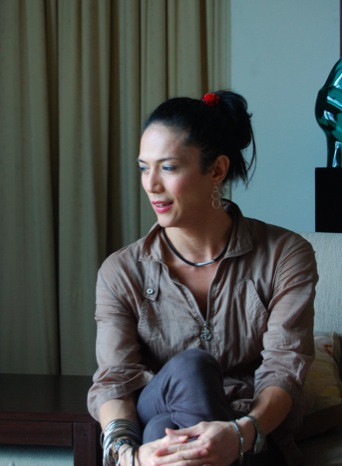 I am absolutely charmed by BB Gandanghari. “Call me BB” as she hugged me. I found out that it is spelled BB not Bebe. BB is actually derived from her own motto Be all that you can be or be all what you want to be and from her first name, Binibini. The Gandanghari came from a family name of a UST beauty queen which caught her attention and thought it was perfect for her. She is beautiful, much prettier in person than photos shown in newspaper and magazines. With just light powder on her face, lipstick and faint blue eyeshadow on her eyelids, BB looks like a sweet schoolgirl. “I want my skin to breathe”, she says. Simple , classy and bubbly. Her happiness shows in the glow of her face and the smile that escapes her lips. It must be her newfound peace that makes her look and feel beautiful.

Before Dine and I started our interview, BB was more interested in us and started to ask questions about our blogs. You can see the concern in her eyes as she asks about the circumstances on how my son died. It was like talking to an old friend. No awkwardness, no airs. 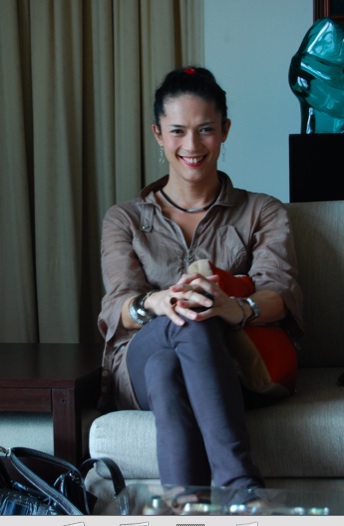 I took photos of BB as we continued to banter about her new life and before the video interview. How absolutely charming! She flashes a smile now and then, an aura of happiness surrounding her that I can feel the positive vibes. I see nothing pretentious about her. I was with her for over 6 hours. She is BB.
Read More »It’s BB Gandanghari not Bebe Gandanghari

A Filipina Mom’s Outlook in Life

A Filipina Teacher Hired to Teach in the USA

My Cebu-based 44 year old, sister-in-law is leaving for Louisiana, USA on Thursday as a special education teacher for a suburban public high school. It came as a pleasant surprise to her. The US hiring agency informed her of an opening on July 4. She got interviewed via Skype by a panel of 10 where questions like “How do you apply technology in the classroom?” and others were asked of her. Distracted by the faces floating in the Skype window, she minimized it and focused on the camera to make eye contact with the school staff. She made the cut and from then on, a flurry of documentation fell into place . Her H-1 visa was released last thursday. A total of $3,000 placement fee was all she paid to the US-based agency.

Read More »A Filipina Teacher Hired to Teach in the USA 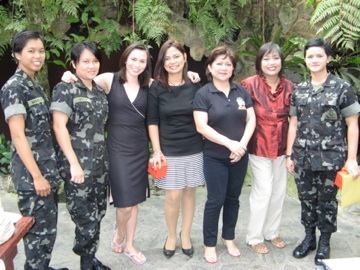 It seems FilipinaImages.com is getting more attention these days. Perhaps because March is International Women’s Month. The black “Yan ang Filipina” shirt customized by wikipilipinas refused to fit me. I felt like a “suman”. So I ditched that and wore something that won’t make me look ten pounds heavier on TV. I had to drag my lethargic body at 6:00 AM thinking the She-Ka TV magazine (aired over NBN 4) was at 7:00 AM. At the last minute, the show was pushed to 8:00 AM. It was worth it.

Awarding of the Winners of the WikiPilipinas Filipina Stories

This is our tentative program for the March 28 event, 11-12nn

Wikipilipinas will host lunch in a restaurant in Mall of Asia after the program.

Dine, Gus Vibal, founder of WikiPilipinas, his staff and I met up last week to discuss ways to support their first online Encyclopedia of Philippine Women that they started in WikiPilipinas.org. I believe Gus is truly sincere in his WikiPilipinas’ vision to be ““the largest Philippine knowledge database”. I mean, Gus pratically invested a lot on WikiPilipinas. (A few sponsors helped though).

Dine, Lorna, myself and most of you will agree that we all want to raise the profile of the Filipinas, and be part of a larger movement in uplifting the status of Philippine women. I believe that WikiPilipinas is sincere in their mission as we all are. Here is our collaborative project which I hope you will be a part of:

In line with the principle of honoring the diverse, beautiful, and powerful image of a Filipina, WikiPilipinas will launch a special portal Encyclopedia of Philippine Women inside the site which will compile and detail the achievements and triumphs of Filipinas everywhere. Its sister site Filipiniana.net will also have a Philippine Women Microsite containing documents discussing Filipino women, as well as selected texts from the oeuvres of Filipina writers. Through a combined effort for advocacy, WikiPilipinas partnered with Filipina Images to help promote a more empowering image of the Filipina. By having an online platform to showcase Filipina intelligence and talent, surely the goal will be closer.

To promulgate the advocacy, WikiPilipinas and Filipina Images websites will launch ““Filipina Stories,” a writing contest with the mission of uplifting the image of the Filipina.

Check the prizes and mechanics of this contest.

The other night, my husband and I slept at 2:00 AM because we enjoyed watching Happy Slip’s YouTube videos. You know, we needed our endorphin fix. The Peelings video hits close to my heart for many reasons because of my dad. The quirky characters played by Happy Slip as the “aunt” and “mom” display so many similarities to my dad’s Filipino personality. Is it old-school now?