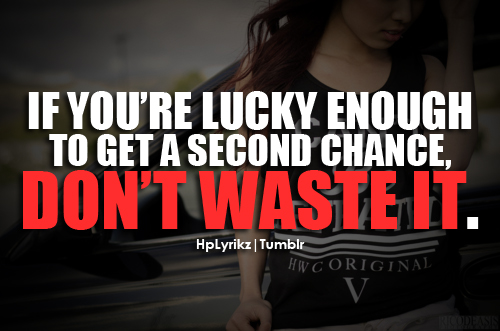 Do You Believe in Giving Second Chances?

A long marriage is two people trying to dance a duet and two solos at the same time. ~Anne Taylor Fleming

The news did not surprise me , that James Yap will fight for his marriage and even tells Kris not to give up . He read his statement in Filipino and in a humble demeanor ““I believe in the importance of having an intact family…That’s why I will fight to keep my family with Kris intact whatever happens.

““I know that every family encounters tests like these,” he continued. ““Kris and I have made it through such tests before and I don’t think that this would be the right time for us to surrender [to such tests].”

So why was I not surprised? I have told you before that just like Kris, I too gave up on my marriage. Really, I would not have taken a second chance if my husband didn’t work things out. Uh, he literally wooed me back.